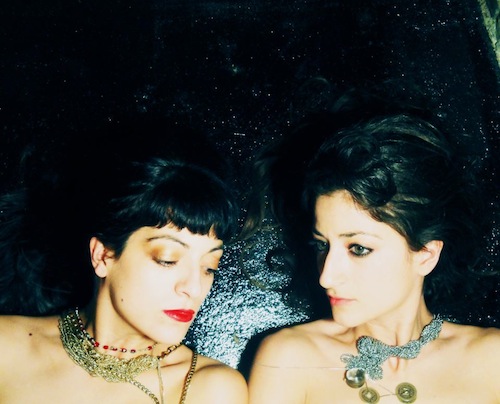 Zambri takes an eery ride through the car wash for ‘From An Angle.’

Zambri (sisters Cristi Jo and Jessica Zambri) crafts experimental pop music that draws from the traditions of industrial. Percussion and synthesizers gnash and gnaw, but the duo’s sweet vocals waft through the creepshow. On the video for ‘From An Angle,’ the car wash is turned into a psychedelic amusement park ride.

Whoever directed the video (credited as ‘Chareth Cutestory’) also gets bonus points for a brilliant Arrested Development reference. ‘From An Angle’ appears on House Of Bassa, released earlier this year. [via Consequence of Sound]