AGF and Vladislav Delay mix almost an hour of Nicki Minaj, without the rubbish bits 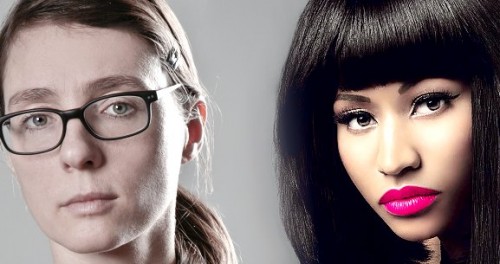 Antye ‘AGF’ Greie and Vladislav Delay (a.k.a. minimal techno touchstone Luomo) have released a new mix, under a new name, Ryj. It’s not like any other mix you’ll hear this month.

The focus of the mix is Nicki Minaj, one of modern rap’s most talented artists and a contradiction in herself: one minute, the fiercest, weirdest female rapper since Missy Elliott, the next another voice in the trance-rap conveyor belt that runs through the current Billboard top 10, as predictable as it is sluggish.

Enter RyJ, who take some of the best verses from Minaj’s catalogue (‘Roman’s Revenge’, ‘Come on a Cone’, etc), cut the choruses out altogether, and distort and echo them to Hell. The results are amazing [via The Wire].