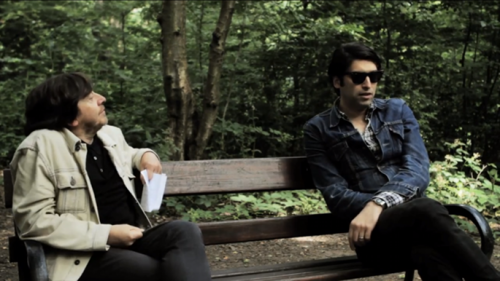 Erol Alkan has been on the top of his game now for well over a decade now, and recent activity – not least releases on his own Phantasy Sound imprint -suggest that his finger is still firmly on the pulse.

This year sees Alkan put out a second double-mix compilation under the aegis of Bugged Out. His first, released in 2005 – some way through the residency with the promoters which more or less launched his dance music career – was an unashamedly eclectic affair, leaping decades and genres with glee; Another “Bugged Out” Mix / Another “Bugged In” Selection, covering dancefloor and homier fare across its two discs, is similarly catholic in its tastes.

To promote the release, Alkan sat down with Bill Brewster, co-author of Last Night A DJ Saved My Life and all round dance music authority, to discuss his career to date, the genesis of his legendary club night Trash, and the thinking behind the new mixes. You can watch the results below.