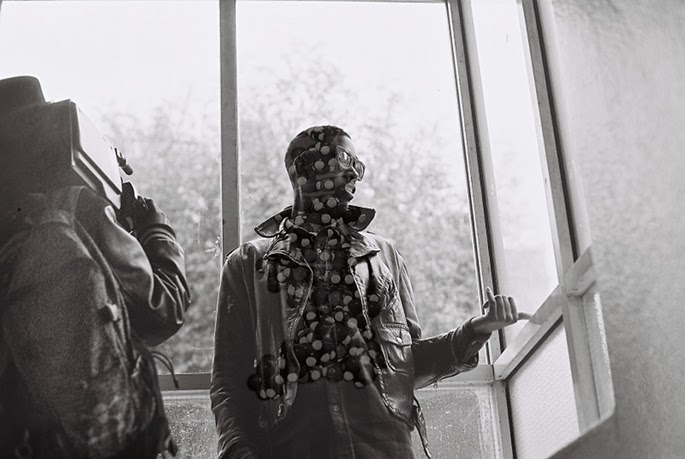 Eglo’s resident goof FunkinEven has another disc on the way on his blossoming Apron imprint.

Since 2009’s ‘Kleer’, FunkinEven has been dropping a regular stream of jolly, boogie-indebted jams. He’s definitely stepped up his game in 2012, releasing the brilliant pop-hit-mid-meltdown ‘Phoneline’ with Fatima and working with Kyle Hall as Funkinevil. He’s also clocked up two releases (last year’s Apron EP, and the more recent ‘Chips’/’Sweets’ split) on his own Apron label – and now there’s another on the way.

Not much is known as yet about the third release, but judging by the images available on his Soundcloud, it looks like the smart money is on a 12″ vinyl release. What we do know, however, is that the new release will feature new cuts ‘Dracula Clip’ and ‘Cha!’, both streaming online.

In contrast to the exuberance of FunkinEven’s recent work, ‘Dracula’ is about as spartan as FunkinEven’s ever got: think a fidgety 303 acid line, sugar-glass hi-hats, and very little else. ‘Cha!’, by contrast, is a shade more antsy, although no less rude. King Britt’s recent work as Fhloston Paradigm is a good point of comparison, but Funkineven ups the kooky count considerably.

You can watch our recent natter with FunkinEven and Fatima here, or alternatively watch Funkineven cobble together ‘Phoneline’ from scratch on his MPC.