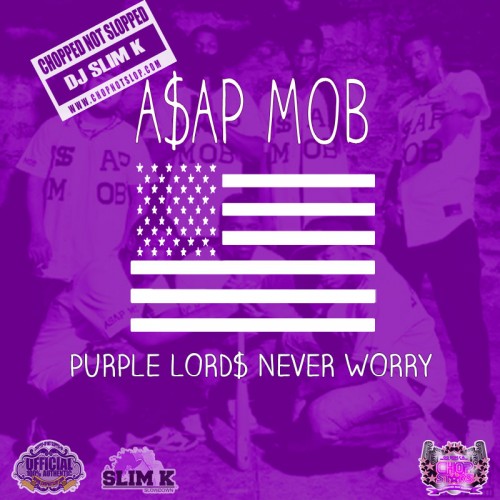 The Houstatlanta DJ gives the “chopped up, not slopped up” treatment to the A$AP Mob’s debut mixtape.

Slim K celebrates his teaming up with Swishahouse co-founder OG Ron C’s Chopstars with Purple Lord$ Never Worry. As he did on his Frank Ocean remix tape Channel Purple, Slim K slows and throws with the best of them.

As OG Ron C proved on his LIVELOVEPURPLE, the mob’s drugged out rap is perfectly suited for a chopped-and-screwed rework. Stream Purple Lord$ Never Worry below and download it via Livemixtapes.