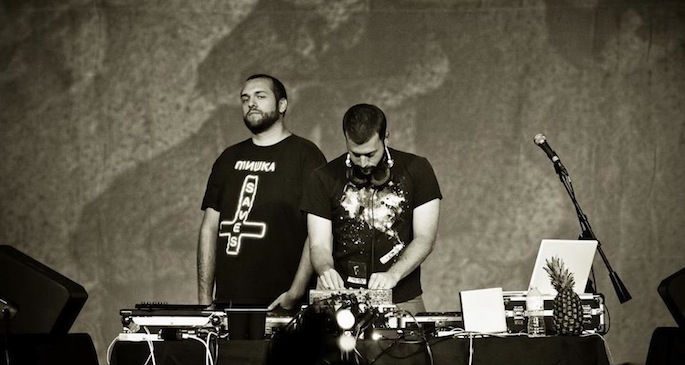 The title-track of the Charlotte duo’s forthcoming EP is aptly named.

Jorge Xavier Hernandez and Petey Evans have been responsible for some Dirty South revelry as Clicks & Whistles. “We’ve both been living in the South for a while, and obviously the whole Southern rap thing is huge, even on the radio,”says Hernandez. “We blur the lines between that and electronic music.”

On September 17, they will release their most complete effort yet for Distal’s Embassy Recordings. Serious Bidness contains four tracks that strut with hip-hop bluster, all thundering percussion and lush synth work. The title track (streaming below) is a fine example of their current work, with its stuttering dynamism, muscular low-end melody, and a vocal sample from a fellow North Carolinian.

That cooing “baby” and “she want me to” come courtesy R&B producer The-Dream, ripped from his ‘Sex Intelligent (Remix)’ off 2010’s Love King. “We’re both big fans of The-Dream, and this was one of those cases where we found a clean enough a capella and it worked out,” says Hernandez.

Drawing from such clear hip-hop and R&B influences, Clicks & Whistles might be grouped in with the burgeoning “trap” scene, but it’s clear that they aren’t bandwagon jumpers. “We don’t label it, because we’re drawing on all our influences. Labels get out of hand,” says Hernandez.”But we don’t care what they call it, as long as they enjoy it.”