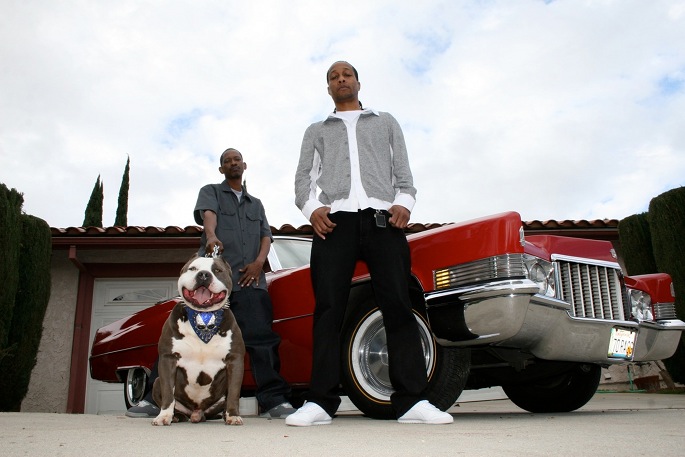 Since 1991’s platinum-selling Quik Is The Name, the producer/MC has turned out a fair few unit-shifting Nineties classics (1999’s ace Rhythm-al-sim being the pick). His production CV is pretty astonishing: Snoop Dogg, Tupac, Dr. Dre (and, er, Shaq) have all tapped him for beats, and he’s been an uncredited behind-the-scenes jobber on plenty more.

For all his past achievements, Quik’s real purple patch has arguably arrived in the twilight of his career. Last year’s The Book Of David won blanket praise, featured some of his most adventurous production, and hit numbers Quik hadn’t matched for a good decade. The crucial late period Quik record, however, is 2009’s BlaQKout: produced in collaboration with Kurupt, the album was a hip-hop tour de force, stuffed with highly evolved G-Funk and trippy beat experiments.

Quik and Kurupt have teamed up once again on new cut ‘The Demon’s Carol’, and it’s, predictably, brilliant.  The instrumental, full of processed timpanis and crowd bustle, brings BlaQKout highlight ‘Hey Playa!’ to mind. The pair’s lyrics, meanwhile, are firmly in the horrorcore camp, all point blank headshots, botched suicides and reversed Satanic messages. Not for the timid, but a must-listen for all broad-minded headnodders. [via The Fader]