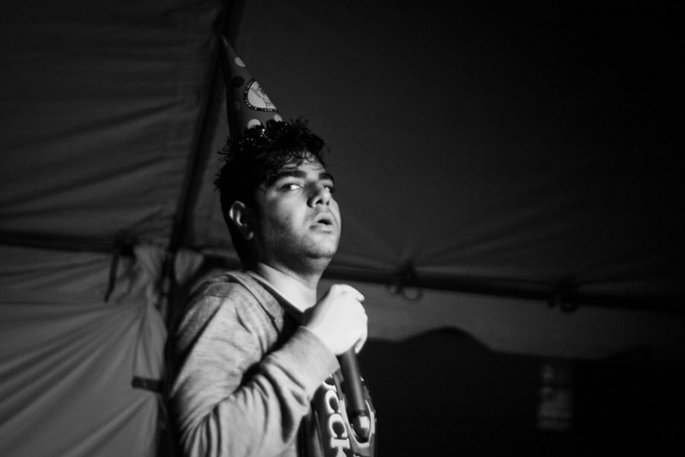 Working in league with Kool AD as Das Racist, Heems has been responsible for some of the savviest, snarkiest hip-hop of recent years: 2010’s Shut Up, Dude and Sit Down, Man weren’t always easy to love, but they showcased formidable technical chops and some seriously encyclopaedic pop culture knowledge. Heems dropped his Nehru Jackets mixtape earlier this year on his own Greedhead imprint, bringing a host of buzzy chums (Danny Brown, Mr Muthafuckin’ eXquire, Action Bronson) along for the ride.

With mixtape Wild Water Kingdom on the way, Heems has dropped new cut ‘Cowabunga Gnarly’, produced by Harry Fraud (last heard killing it on Main Attrakionz ‘Do It For The Bay’). Heems sounds more ragged than ever,tilting from paranoia (“I swear my friends are trying to kill me”) to whimsy (“Even Styles P owns a juice bar” ). A joint Heebs/Harry Fraud EP is on the way, and this aperitif augurs will for a more substantial collab. [via Pitchfork]