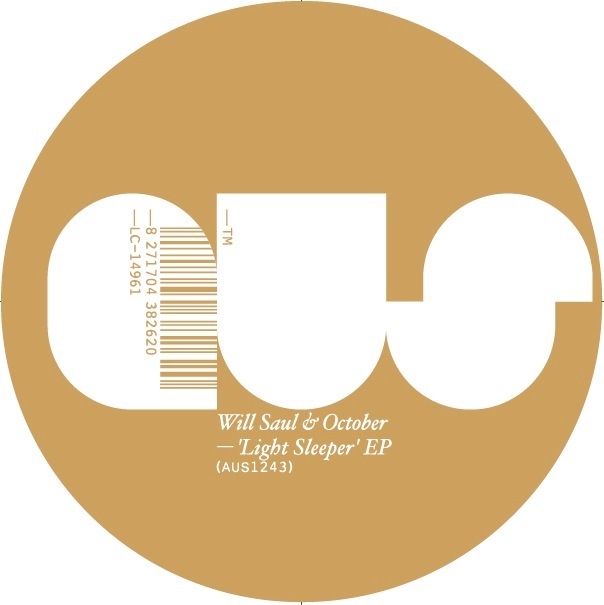 Will Saul has collaborated with Bristol’s October on a new single for his Aus label.

‘Light Sleeper’ marks October’s second single for Aus: a press release explains that he “seemed to click instantly [with Saul] the studio … A natural division of labour emerged which proved to be both effective and fun whilst also playing to both’s strengths. Jules mans the drum machines and outboard FX and Will controls the synths….they hit record and see what happens.”

Like October’s recent ‘String Theory’, ‘Light Sleeper’ manages to sound sunny and wintery at the same time, that lead riff hitting like sun flare off a snowfield; flanger trickling over it like flakes from coated trees. Aus will release ‘Light Sleeper’ on December 17, with a Michael Mayer remix on the B-side.