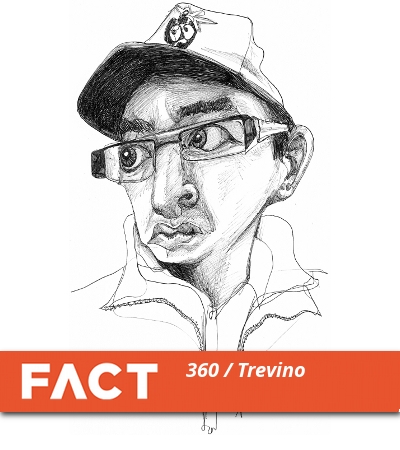 When you hear the words “house” and “alias”, it’s easy to think of people making their music more polite, but that’s far from the case with Trevino. The first released result of Intalex’s – an acclaimed producer in the drum’n’bass world for well over a decade – drop in tempo was ‘Chip’, an 808-driven howitzer that paired streamlined drums with builds of wild synth flare; to us, it seemed to take the blueprint that Intalex’s old sparring mates Instra:mental had established on their album Resolution 653 and firmly up the ante.

2012 has been a remarkable year for Trevino: ‘Chip’ was followed by the three-track Tactical Manoevre EP (both released on Martyn’s 3024 label), while releases also arrived on Ben Klock’s Klockworks, [Nakedlunch], The Nothing Special and Kaye’s own Revolve:r label. Perhaps Kaye’s finest moment yet as Trevino, the sinister ‘Under Surveillance’, found a home on Apple Pips.