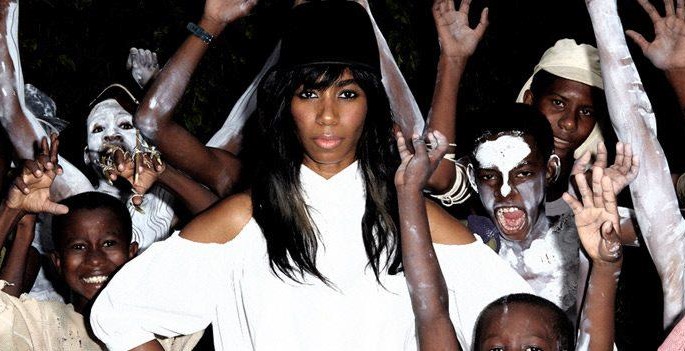 Robyn, Sleigh Bells, and Icona Pop are also featured on the Girls soundtrack.

On January 8, HBO/Fueled by Ramen will release Girls – Volume 1: Music from the HBO Original Series in standard and deluxe/digital editions. Along with previously released music by a host of dance-pop acts, the soundtrack features a new song from Santigold, the M.I.A./Beyoncé-indebted ‘Girls’.

“Music is such a huge part of my creative process. I make playlists to write by and listen to as I head to set in the morning, and I experiment in editing with songs that the characters would love and that accurately reflect their struggles,” says Girls mastermind Lena Dunham. “Girls‘ music supervisor Manish Raval and I are crazy about everything from the pop that teen girls devour to the niche indie rock from days of yore. To collaborate with Fueled by Ramen and so many artists who inspire me on this compilation is a dream.”

Stream Santigold’s ‘Girls’ below; the tracklist follows. Unfortunately, the best song that was used in the show’s first season (Lady’s NSFW ‘Yankin’) is not included.