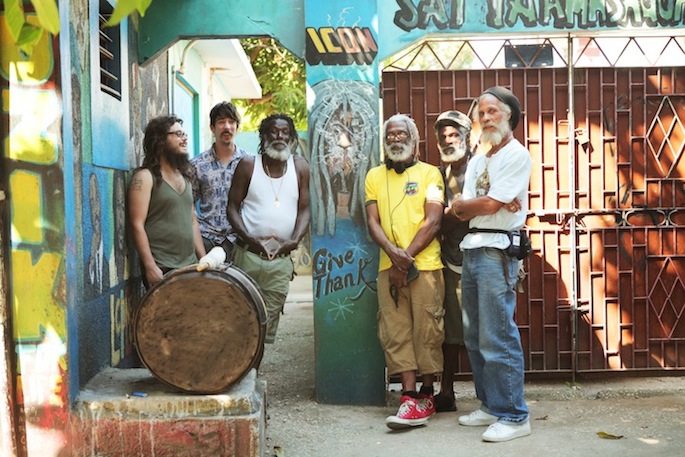 The culmination of the reggae alliance was a London performance this summer.

In 2011, Sun Araw and M. Geddes Gengras embedded themselves (with filmmakers Tony Lowe and Sam Fleischner, and RVNG Intl. boss Matt Werth) in The Congos’ St. Catherine, Jamaica “spiritual compound.” The results of the collaborative experience was the ICON GIVE THANK album and ICON EYE film, which were released in April.

On June 22, the collaborators were joined by the Raw Power Band for a one-off performance at London’s Village Underground, in association with the Barbican. Five songs from the show are being offered as a pay-what-you-want download as ICON GIVE LIFE via Bandcamp (stream it below).

Sun Araw, M. Geddes Gengras, The Raw Power Band, and The Congos are planning additional live dates throughout 2013. In addition, Sun Araw and M. Geddes Gengras have lunched Duppy Gun Productions with LA-based Stones Throw, with a 12″ set for a February 2013 release. Check out the crew’s top 20 reggae finds from their Jamaican adventure.