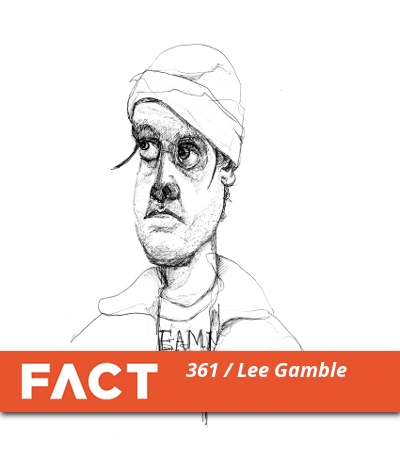 As 2012 nears its conclusion, it seems appropriate to present a FACT mix by one of the year’s most celebrated breakthrough artists, Lee Gamble.

“Breakthrough artist” is perhaps a misleading term – after all, Midlander Gamble has been active as a recording artist since the mid-2000s, working as part of the CYRK collective and also solo, with releases on Entr’acte, Icasea and others. Until recently he was best known for his hardline, abstract computer music – 2009’s Join Extensions, for instance, focussed on his work with (in his own words) “obtuse digital synthesis”, documenting “an ongoing process of perpetual configuration, disfiguration and reconfiguration”. But like a good number of his peers in the sound-art sphere – among them EVOL, Russell Haswell and SND – Gamble’s roots are in rave culture, and it’s an area to which his recent work has returned, albeit with the kind of conceptual and rigorously methodical approach learned from his loftier artistic practice over the past decade.

Diversions 1994-1996, released a little earlier this year on PAN, was a two-part, 25-minute piece for vinyl, sutured together out of ambient passages sourced entirely from his personal collection of jungle mixtapes. Predominantly beatless, it’s an uncanny, elegiac work, amplifying the original music’s most haunting and yearning aspects.

“Jungle had this dystopia/euphoria dualism, which I think is retained in Diversions,” Gamble told FACT in a recent interview. “I never had any intention of remaking the music intrinsically, like some amen break tear-up revision. That was never in my mind. I wanted to take the sound and make something new. Something that felt respectful. The main focus was on the bits in between the breaks really, like the little breakdowns, I wanted to open them up, go in with a microscope and expose something in those parts that may have been overlooked at the time. They were often the strangest moments in clubs, when everyone is waiting. You know, just this heavy bass, hung chord and a disembodied voice or whatever…”

Diversions was followed by Dutch Tvashar Plumes, a “proper” album released just last week, also on PAN. Here Gamble engages with acid house and techno, and with the serotonin-depleted ambience of the morning after. Again, the goal isn’t pastiche or nostalgia – but rather to make music that harks back to the plain future-facing weirdness that drove the music’s vanguard in the early-mid 90s  (think early 808 State and A Guy Called Gerald, Autechre, etc). The attitude might be old-school, but the technique is cutting edge, and the results bracingly contemporary. It says a lot about the current climate that 2012’s most satisfying “dance” record has come from so far leftfield.

Lee’s FACT mix is anchored in raw, percussive 4/4 from both recent times and back in the day, with a bias towards tracks with head-wrecking edits, jagged hooks, off-kilter programming and eerie, abstract breakdowns. But this favouring of the freaky is coupled with a deep-seated understanding of what makes bodies as well as brains bubble – indeed, as anyone who’s seen him DJ live will attest, he can really bring it when it comes to the club. The whole thing moves with an undeniable, steamrolling momentum, and it is, when all’s said and done, one of 2012’s very best FACT mixes. Savour it.