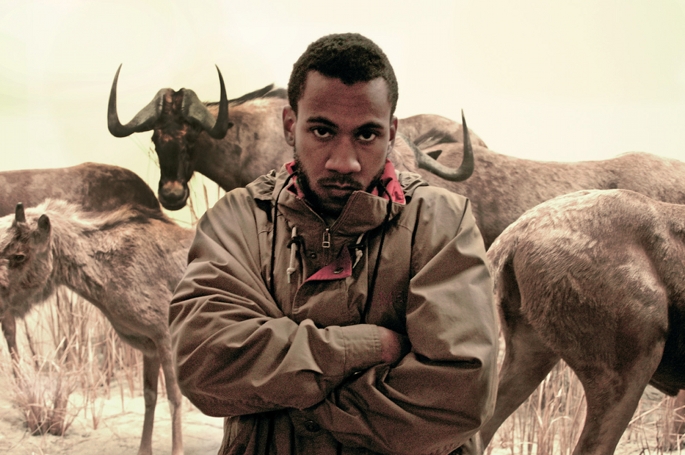 West Coast beat weirdo Jeremiah Jae is seeing in the new year with a string of giveaways, branded as the ‘Black Jungle Radio’ series.

After some years producing delightfully frazzled beat music  (cf 2010’s great DXNCE), Jae finally dropped his debut proper Raw Money Raps on Brainfeeder – a collection with not a little charm, but something of a personality deficit that rang oddly hollow. Still, Jae’s a smart and frequently surprising operator, so fans of twitchy, glitchy hip-hop are advised to keep a keen eye on this forthcoming dripfeed of new material.

‘Blackmyth’ is the first transmission in the series, and it comes with production by West Coast beat music figure Kutmah, currently exiled in the UK and rolling with the Tempo Clash crew. It’s an intoxicating track, like a particularly spartan sketch from Madlib in his Beat Konducta guise – light as a smoke wisp and crumpled round the edges. Guest rapper Zeroh’s gnomic mumble is pretty entrancing and Jae – definitely a producer first and rapper second – conducts himself well.  [via Potholes In My Blog]

Click below to stream, or head to Jae’s Soundcloud to keep up to date with his output over the next week.