“It’s an uphill battle.” The rise of LA’s Body High label, a home for club music in its rawest forms 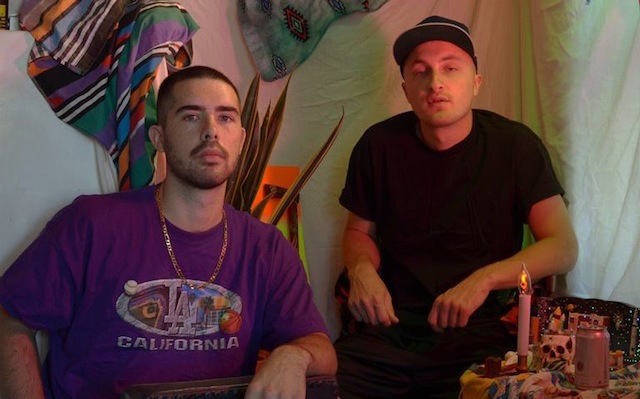 Sometimes lost in its unmitigated global growth is the fact that electronic dance music as we know it was born in the clubs of American metropolises. And while house, techno, and their legion derivatives are constantly being mutated in ever more inventive ways, it’s easy to lose sight of dance music’s simple (but not simplistic) origins.

Enter Body High, the Los Angeles label run by DJ/producers Samo Sound Boy (aka Sam Griesemer) and Jerome LOL (aka Jerome Potter). In just over a year, the fledgling imprint has delivered ten releases from the likes of Todd Edwards, DJ Sliink, Floyd Campbell, and Myrryrs. Crisscrossing genre and style, the through line has been focus on club music in its rawest forms.

Based in Los Angeles, the two have toiled in the club scene for a few years; Griesemer has released low-end focused tracks for Trouble & Bass, among others, while Potter was (until recently) half of Internet-based duo LOL Boys.

“We were sick of labels that used to be blogs.”

During the summer of 2011, while facing a bit of down time, the two entered the studio to collaborate, without a specific sound in mind. Two weeks later, the pair had completed the five-track Stadium Status EP, under the tongue-in-cheek moniker DJ Dodger Stadium. The result is kinetic — all acid squelches, sinewy synth stabs, and hyperactive percussion — but it’s more a tribute to raw dance music than a pastiche of past styles.

Between the positive momentum from the studio and a frustration with the label landscape, Griesemer and Potter decided to release the EP themselves, on a label they’d call Body High. “We were sick of labels that used to be blogs,” Potter says succinctly. Of the decision to start the label, he adds, “It happened very organically. It was never forced.”

Without a grand plan in mind, the pair soon decided that Body High could be much more than the home of their EP. “Very quickly, we realized it was tip of the iceberg for our friends and associates.” says Griesemer. “It wasn’t about uncovering stuff from far away: we just needed a better platform for our music, our friends, and club music. It’s about putting in work so we don’t have to compromise.”

“As you get older, you have to put dance music in the context of the history, where it’s coming from, and not be ignorant of the culture.”

“With Body High, we take a lot of inspiration from dance music history,” he says. “That classic stuff is mind-blowing. They’re doing so much with so little, and it’s so stripped down and raw. Something like [Cajmere’s] ‘Percolator’: there’s so little that’s actually there, but what it’s so perfect and so dialed-in.”

“I don’t find myself listening to new music anymore. There’s good new music, but there’s such great old music that hasn’t been discovered,” says Potter. “As you get older, you have to put dance music in the context of the history, where it’s coming from, and not be ignorant of the culture. Appreciation is really important.”

While this reverence for the past permeates their work, it wasn’t always that way. “I hated dance music when I was growing up,” Potter admits. “But Baltimore club was just sped-up hip-hop that I could connect with: a sample, a kick pad, a clap. It was so raw and such a good vibe that I was like “I like dance music.””

On the importance of Baltimore club, Griesemer agrees. “It was exciting but it was simple enough. Not just for us, but it introduced a lot of hip-hop kids to house music.” He basically learned to DJ by listening to and studying a two-hour mix that Baltimore legend Scottie B recorded live at the famed club Paradox. 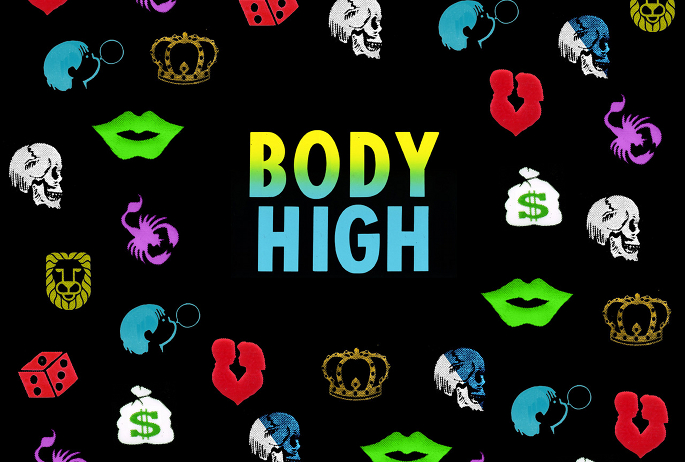 The rawness and immediacy of club music is a touchstone for all of Body High, but it’s a sound that has been out of the spotlight for a few years. “It never went away, blogs just stopped blogging about it,” Potter says, to which Griesemer adds, “I think for kids who are a little bit younger than us, they got into Sliink or someone like DJ Sega, and they are looking back and finding this super raw history: real classic Baltimore stuff like Booman, Say Wut… It’s still exciting to drop [Rod Lee’s] ‘Dance My Pain Away’ in a set.”

“When we released DJ Sliink’s record [the Vibrate EP], there was no afterthought. It wasn’t like we’re bringing back club music. It was like, we fuck with this and this is what we’re going to put out,” Potter says. That organic, unforced approach has marked all of Body High’s music, whether releasing an EP from garage mainstay Todd Edwards or providing an outlet for DJ Funeral (an alias for an otherwise-known producer) to explore the sinister sides of club music.

“It wasn’t like we’re bringing back club music. It was like, we fuck with this and this is what we’re going to put out.”

The two also see Body High as more than just another music mill. Rather than simply giving a “green light or a red light,” the two act as producers (in the traditional sense), providing honest feedback about what works and what doesn’t. “Some labels never like to work with the same artists twice, because then they’re ‘responsible’ for them, and that’s really the opposite of the way we think about it,” Griesemer explains. He points to the example of club alchemist Floyd Campbell, who had sent him “super-rough, unfinished” demos, even before the label existed. Because of Body High, they’ve been able to shepherd Campbell from obscurity into the larger music world, a process they find rewarding.

The pair also sees Body High as an experience: they’ve started setting up label-centric club nights across the US. “We’re trying to do something different and exciting, but come enjoy it with us,” Griesemer entreats. Still, the stateside dance culture is very different than that of the UK or Europe, and they’re helping build the infrastructure as they go.

“It’s an uphill battle,” Potter admits. “All these kids are getting into ‘EDM’ really young, but it’s like getting into rock music: they’re slowly finding out there is an underground with a history. Hopefully, they’ll get tired of these polished events and come back to something more raw. That’s kind of what we’re trying to do.”

“All these kids are getting into ‘EDM’ really young, but it’s like getting into rock music: they’re slowly finding out there is an underground with a history.”

As for Body High, the momentum continues. They promise more material from the label’s ranks, including new music from Samo Sound Boy, DJ Dodger Stadium, Floyd Campbell, a full EP from collaborators Brenmar and DJ Sliink, the first official Jerome LOL release, and a TBA full length. There will also be music from LA duo Delivery, who premiered their live acid set during the label’s Boiler Room night.

While the label has been mostly digital-only (with the exception of a DJ Funeral CD-R), an upcoming project will premiere on VHS before it gets a digital release in 2013, to which Potter sarcastically adds some other media we’ll see releases on. “We’re working on a sweatshirt that has the music on it: a hoodie that you have to zip up slowly to hear the tracks… We’re releasing a street that when you drive your car on the street it plays the record.”

It’s not all jokes from the burgeoning Twitter personality, though. Sometimes he’s just brusque. “It’s dance music, it’s not rocket science. It’s for partying, going to a club, and having a good time. You shouldn’t overthink it. The climate gets very stale and analytical, but it’s fucking dance music at the end of the day.”