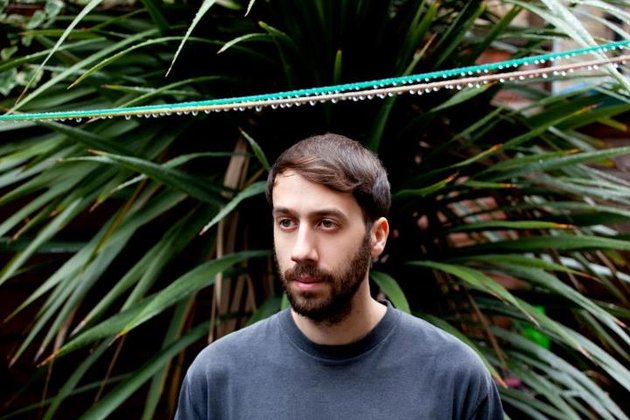 The NOTOWN boss’ latest is his first release since last Summer’s ‘Mountain’/’Financial District’ 7″. The pretty four-track collection centres around ‘Trust’, a jangling head-nodder that’s been floating around online since the middle of 2012. Three other new tracks – ‘Trust Intro’, ‘Burnt Out Car In A Forest’ and the dolorous ‘Casyam_59#02″ – feature on the release, which can be picked up here.

The producer has offered some insight into the genesis of the EP:

“The inspiration was just getting away from computers/laptops made my arrangements a bit more free and natural I think. Just jamming and looking out my window. Then taking a walk to see what I recorded, going back and copying the live arrangement. (Apart from Casyam_59#2 which is my mate showing me the sounds his Yamaha keyboard could make over a loop I made with a cheap Casio one). I think I’ve stripped out a layer of my music since [debut LP] Lucky Shiner, maybe it was feeling too cluttered, I think these tracks and the tracks for the new album have more space, but don’t feel empty”.

Trust is now streaming in full over at Pitchfork; head here to listen. A 12″ vinyl copy of the EP, limited to 1000 copies, will drop on March 5, with artwork by Andy Gilmore. A new Gold Panda album is also due later this year.

The producer has also just announced a new London show on June 12 at The Electric, Brixton. Further UK headline dates will be revealed soon.