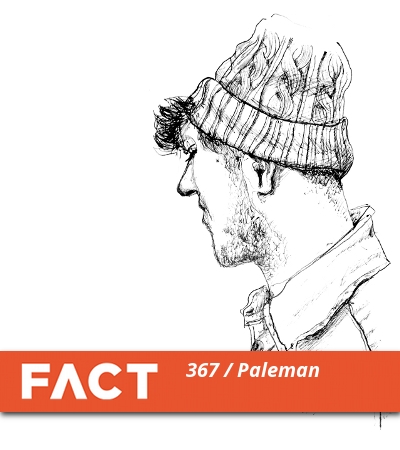 This week’s FACT mix comes from the most promising talents in UK dance music, Paleman.

We first started seeing the then-Manchester based Paleman’s name crop up in sets in late 2011, specifically with the broken house singalong ‘All Good’. Several months later, another track, ‘Hunt’, had quietly become popular, providing an early highlight in Disclosure’s FACT mix. Both tracks, along with ‘Slither’, were eventually released as part of a three-track EP on Damu’s Fulcrum label, and from then on it was open season – ‘Furrball’, a big room collaboration with veteran Zed Bias, reportedly due for release on Swamp81, has been getting the YouTube views in like nobody’s business, and the team behind Loefah’s new label School has made a point of working closely with him.

There are more people taking cues from European techno in the UK underground than ever, and often the results are by the numbers: reverb-soaked 4×4 tracks that resemble Blawan’s cutting room floor at best, or Mosca’s ‘Orange Jack’ without the ice. But look past the chaff, and there are artists making music that’s an interesting combination of straight techno and UK swing, with one foot in pirate radio and another in Panorama Bar. Paleman, along with several of the peers featured on his FACT mix – Thefft, Artifact and Chunky all have unreleased tracks present here – is worth more than just keeping the one eye on.

Paleman will be DJing with the aforementioned Zed Bias and Chunky, as well as New York Transit Authority, Bok Bok, Barely Legal and Route 94 at Loud Noise, London on Friday, February 8. For more information, head here.