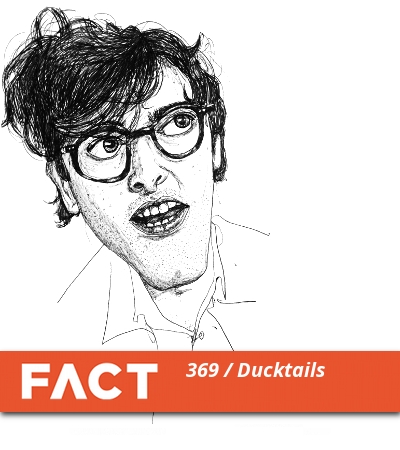 The weather might have hit a real slump in London, but the sun always shines for Matt Mondanile.

The creative force behind Ducktails, Mondanile is also a founding member of indie three-piece Real Estate. It’s his work as Ducktails that we’re real suckers for though: since 2008, he’s been releasing transportive pop records on labels like Not Not Fun, Olde English Spelling Bee and Underwater Peoples. Much of the dialogue around Ducktails has related to hypnagogic pop – or, whisper it quietly: chillwave – but for us, Mondanile just makes timeless pop music, and it appears to produce it as easily as we find ourselves slipping away to it.

Mondanile’s released several acclaimed albums now: Landscapes, Ducktails, Arcade Dynamics and most recently The Flower Lane, his first album for Domino Records, and home of collaborations with Oneohtrix Point Never, Joel Ford and more. The albums are only half the story though: for those who want to be really seduced by Mondanile’s back catalogue, check his split EPs with Dracula Lewis and Julian Lynch, or the sublime 7″s ‘Hamilton Rd’ and ‘Mirror Image’. We’ve been eager to hear what a Ducktails FACT mix would sound like for several years, and now we’ve got the answer – Kerri Chandler, Sensation’s Fix, Heatsick, Todd Terje and more feature; welcome to Ducktails radio.