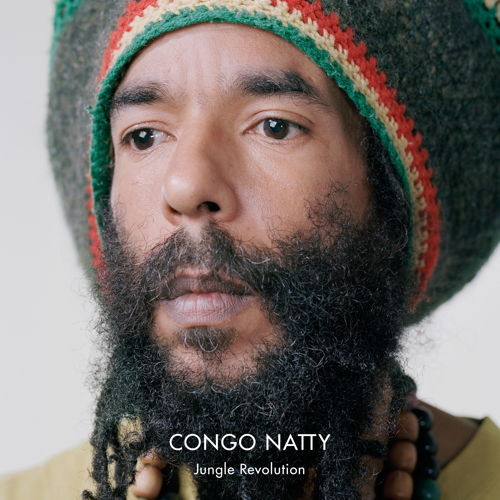 Congo Natty, a.k.a. Rebel MC, is one of UK soundsystem music’s great institutions.

Natty’s career dates back to his early 1980s work as part of Double Trouble – a group that also included Karl Brown (the same Karl ‘Tuff Enuff’ Brown who went on to blow the doors off of UK garage with Tuff Jam), Leigh Guest and the now deceased Michael Menson – but he’s argubaly best known for his work in jungle, with hits like the mighty ‘Code Red’ in his back catalogue.

Mixed by dub engineer supreme Adrian Sherwood, Jungle Revolution is a new Congo Natty album on Big Dada, and features appearances from “the whole of the extended Congo Natty family”. You can download the first track from it, which features Tenor Fly, Top Cat, General Levy, Tippa Irie, Sweetie Irie and Daddy Freddy, below. Jungle Revolution will be released on June 17.