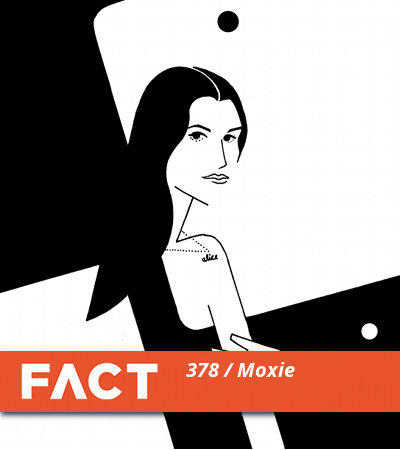 A regular on East London radio station NTS (and these days, a semi-regular on Kiss), Moxie’s been impressing us for a while with a winning selection of house, hip-hop, disco and more – hers are the sort of sets that feel effortless, sometimes switching between tempos and styles without so much as a filter, but try and recreate them without that natural rhythm and swagger and you’ll probably fall flat on your face. Away from the decks, Moxie’s part of the team (alongside BBC Radio 1’s Benji B and others) behind one of London’s most established club nights, Deviation (their next event takes place at XOYO with Omar-S and Jackmaster).

Moxie’s FACT mix isn’t jam-packed with flashy exclusives, and makes for a nice reminder that with no flow, all the upfront dubs in the world don’t mean shit. Instead, there’s timely reminders of some oft-overlooked classics (we haven’t heard Sunship and Warrior Queen’s ‘Almighty Father’ in way too long, and Soul Clap have already vouched for the combination of Larry Levan and Gwen Guthrie in this magazine) and some recent music (Girl Unit, Romare, Dobie) presented in a fresh new context. The sun is finally out, and FACT mix 378 couldn’t be sounding much better.