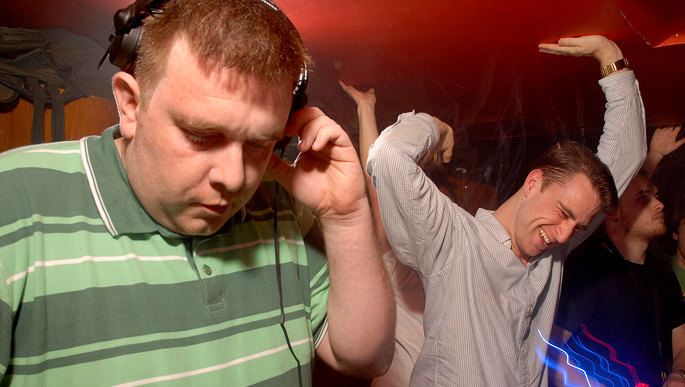 For years, DJ Slimzee [above left] was grime’s greatest DJ. Not only were his rapidfire sets regularly hosted by Wiley, Dizzee Rascal and the rest of the genre’s top MCs, but his record bag sported dubplates that nobody else had.

And that’s not an exaggeration, either – these were one-off tunes, made just for Slimzee. Next time you’re bragging about that latest limited-to-300 copies house single you blagged, remember that.

Anyway, these days Slimzee might not be quite the force he once was – he’s no longer a regular on radio, and age has blunted the impact of those celebrated dubs (mostly because some are in a condition bordering on unplayable), but he’s still underground royalty in London, and seems to be getting back into the swing of things. He recently opened a Facebook page, where he posts classic photos of him, Dizzee et al circa 2002, and he’s also hit Soundcloud. Today’s upload will be familiar to a lot of long-time grime fans – it’s a radio set from Slimzee, Durrty Doogz, Dizzee Rascal and recent controversy causer Maxwell D in 2002, and it’s been online before – but for those unfamiliar with Slimzee, it’s a great starting point. Here’s hoping for more uploads soon.