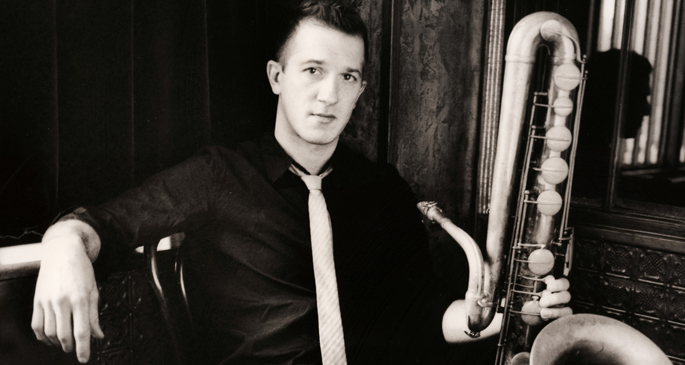 The innovative horn wrangler returns with another daring collection of confounding pieces.

Bringing friend and occasional bandmate Justin Vernon (aka Bon Iver) along for the ride (reportedly as ‘vocal presence’), Stetson again wows with his incredibly unique handling of his chosen instrument. He mentioned in this week’s FACT interview that his increase in skill over the three albums informed the direction, noting that for New History Warfare Vol. 3 “there’s almost nothing in there that I could have played when I recorded Vol 2″. This is no doubt in reference to the technically staggering processes Stetson manages, playing multiple tones on top of each other using a method not dissimilar to Tibetan throat singing, a technique that is notoriously difficult and training-intensive. [via Consequence of Sound]

You can hear the whole thing now over at NPR.