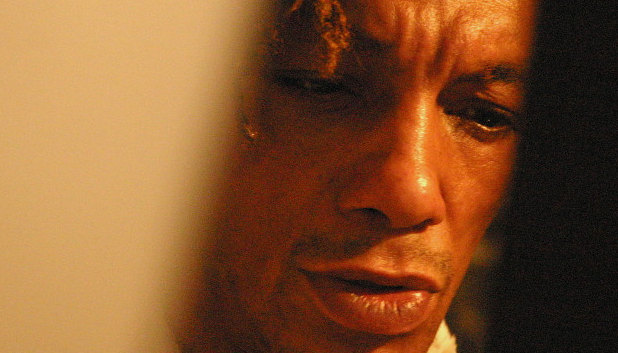 In a forthcoming interview with FACT, Bristol icon Tricky reveals new details about his forthcoming plans.

First, he’s got “another album ready to be mixed” after the release of his next full-length, False Idols, which is due in May. The album also marks the launch of a new label, curated by Tricky for !K7, and he tells FACT that he’s already signed three people to it: singer / producer Fifi Rong, past collaborator Francesca Belmonte and his brother Marlon Thaws.

Away from music, Tricky’s finished up a “short movie”, which is French with English subtitles (Tricky is currently based in Paris). “It’s called Sophie Sees“, Tricky explains, “[and] it’s about a girl who thinks she’s a video director. But she’s not. And she does the videos in her head, but she has a violent side to her. It’s kind of weird. I’m away for two weeks and then I’ve got 3 or 4 days of editing and then it’s finished. It’s 15-20 minutes long.

Oh, and those of you still confused by that whole Glastonbury 2011 appearance with Beyonce? “[Beyonce’s] got a guy who does her choreogra-lalalala. What’s it called? The dancing stuff. She was in England and she wanted somebody to do a feature. He mentioned me – I don’t know if she knew who I was. I don’t think so. She might have heard about me, but I don’t know. He mentioned me so she said okay, and I had to do that because it’s so perverse, to go on stage with Beyonce. I don’t know much about her and I don’t know her music and I really can’t say I’m a fan. She’s a nice girl. But I can honestly say I’m not a fan.

“I went on. The smoke, the dancers…and then my mic didn’t work. When my mic didn’t work, I just started watching everything. And she’s so professional – when she saw my mic didn’t work, she came over and started winding down on me. It was professional, but it was sexy. And I’m not that kind of guy, I’m a bit shy. So she’s winding down on me, and I look at the front – and Jay-Z is right in front of me. It’s just weird. I got a cousin, he’s a Jamaican guy in London, and him and his friends were watching it. And he and his friends, they were talking to me, they said “Go on Tricky! Wind it! Wind it!”. But I couldn’t do it’ There’s no way I can grab Beyonce around the waist and start doing that stuff.”

The full interview with Tricky will be posted later today.