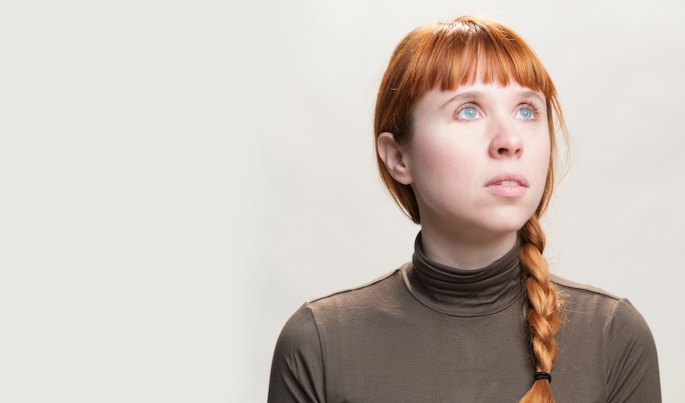 You might not expect Holly Herndon and Pete Swanson to be musical kin.

The first is a doctoral student of composition who applies a rigorous academic sensibility to her forays into vocal processing and synthesis, while Swanson is a graduate of Portland’s fertile noise/cassette scene. After a number of pivotal noise records with the band Yellow Swans, Swanson recently went solo with his scuzzy, all-analogue techno project, releasing on Daniel Lopatin’s Software label and Type Records. His most recent record Punk Authority is a savage slab of manic noise, in stark contrast to Herndon’s debut album proper, Movement, all white noise and precision techno.

But, though they may seem miles apart on record, in the live sphere the parallels between the two artists become apparent, thanks to a shared understanding of their instruments as not just noise-makers but as performative extensions of their bodies. Swanson’s arsenal is a table crammed with modular gear, pedals and a reel-to-reel tape machine; Herndon uses a Macbook and a number of tiny microphones to record, process and sample her own vocals and the sounds emitted by her computer in real time. In ‘Breathe’, she blurs the distinction between exhalation and processing by using several live microphones at once to mangle her breath into a jarring stream of noise. Swanson and Herndon’s joint billing at Donau Festival implies a kinship in their two very different kinds of electronic performance, and I sat down with them to discuss where that connection might lie.

“We both have aspects of our work that are extremely avant-garde, but also aspects that play somewhat with the familiar.”

“Holly and I have very personal relationships with what we’re performing with,” explains Swanson. “She’s developed all this software that I don’t understand at all, something very live, very gestural. It’s not simply someone pressing play on a laptop. I’ve gone through a similar process with my setup. The way Holly uses both her voice and these microphones is like how I use this contact microphone that looks like I’m just pounding on a table but it actually triggers these events that you can hear, and you can see this live patching, and you’ll hear these sounds pop up, so that the live performance has a very visual aspect, one that actually references watching bands. People are kind of mystified by the gear I use, and they think it’s very impenetrable, but it’s something I’ve been developing very gradually in all my years as a musician and it hasn’t really changed much since the first few Yellow Swans shows.” 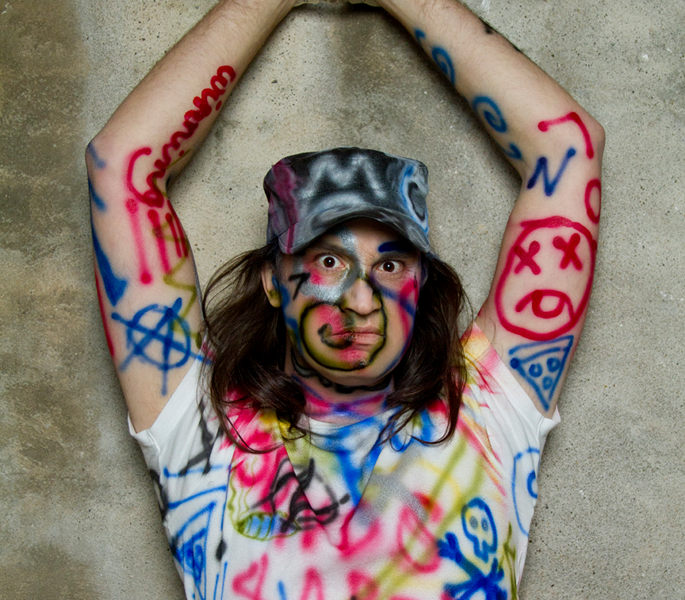 Live, Swanson plays in the centre of the room. The audience, rather than looking upwards at a stage, is instead part of the process; the ability to see exactly what Swanson is doing strips away a good deal of the reverent mystique often associated with analogue gear. All that matters is the sound, that rich throbbing space of erratically contained chaos, macho noisy techno made for body listening. “It went from this point where I didn’t understand how to control it; now I do for the most part but there are elements that are impossible to control. So there’s still chaos and exploration, and there are moments when shit is going haywire and then things coalesce and it’s really fucking hot. Those are the moments that I’m trying to tap into all the time. When I play live, there’s a lot of building up and then getting some groove going and then completely destroying it, and then figuring out where the next groove is.”

It may sometimes feel primal, but there’s nothing naïve about Swanson’s music, and he too has serious academic credentials, having also composed for the Yarn/Wire Ensemble – coincidentally, recent visiting players at Stanford, Herndon’s university. Nor is Herndon’s live set free from risk or spontaneity. Though she performs conventionally on the stage, like Swanson she explores the potential for bodily intimacy afforded by technology. “Laptop performance can be as volatile or as predictable as you want it”, she says. “I like creating parameters within which music can be volatile, but controlled, whereas I think Pete’s parameters might be a little wider than mine. It’s a personality thing!”

“There are moments when shit is going haywire and then things coalesce and it’s really fucking hot.”

As performers who both road-test their work at basement noise shows and perform to halls of critiquing academics, Herndon and Swanson are acutely sensitive to their audiences, and how reception in turn shapes the nature of the performance. I suggest that the vocal element is what gives Herndon’s music its humanity, but she insists that performance and audience perception plays a large part in that idea. “The arguments I was hearing against laptop performance weren’t well informed,” she says. “People said, ‘It’s not natural.’” She mimes bowing a violin. “Is this natural? No, that’s awkward! I grew up singing and it’s a part of who I am and my history. I also think people empathise with the human voice, and that’s why I started combining it with laptop performance. It’s an entry point for a lot of people because almost everyone can understand what it feels like to vocalise. Your mirror neurons are actually firing when you can understand what someone’s doing. If someone’s just doing this” – she jabs at an imaginary trackpad – “then you might not understand, so the kind of physical reaction is very different. If you see someone go for a glass as if to pick it up and you understand what’s going on then your mirror neurons are already firing so you don’t need to see that part. It’s the same with music: they don’t have to understand fully if you’re gesticulating over your table.”

“I think the phenomenon of gesture is hugely important,” agrees Pete, “But sonic gestures are something both Holly and I play with. We both have aspects of our work that are extremely avant-garde, but also aspects that play somewhat with the familiar. We both use techno beats and stuff like that, and that triggers a kind of nostalgia that makes difficult music accessible.” Even though they work within entirely divergent frameworks, the balance they strike between restraint and chaos, mystique and accessibility, and body and machine point to an affinity between the two artists. This fragile equilibrium they both maintain is partly what makes their entirely different live shows equally compelling. And, emphatically, each show is unique. “I know I say I have aspects of my work that are familiar and that people always want something familiar,” says Swanson, “but that’s crazy because I can’t do the same thing twice. It’s absolutely impossible!”

Thanks also to Will Lynch and Brandon Rosenbluth.