Caught on Tape: the month’s essential cassette releases, May 2013 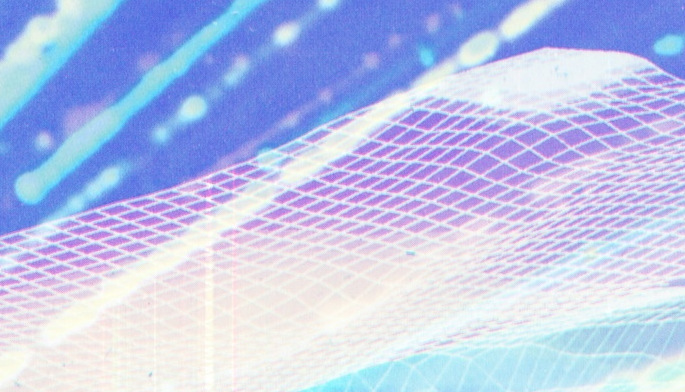 Following on from our Best Bandcamp Releases Of The Month, we’re thrilled to announced a second new column, this time digesting the best contemporary cassette releases. The cassette circuit is a wellspring of inventive and surprising music – and more often than not, the best releases get minimal-to-zero coverage. In the first instalment of a new monthly column, Brad Rose – boss of nonpareil cassette and vinyl label Digitalis Recordings – picks out the cream of under-the-radar tape releases from the last month or so.

Worse is how many of these cassettes are nice enough but generally unremarkable.  As always, though, there are a handful that stand out from the pack, yet too often go unnoticed.

This month we dig into subterranean electronics from Black Hat, the industrial grime of Lavas Magmas, Beaunoise getting his remix action on, echo-heavy Pod Blotz, New Age stealth from Discoverer, and a weird as hell tape called Shampoing and Toner. 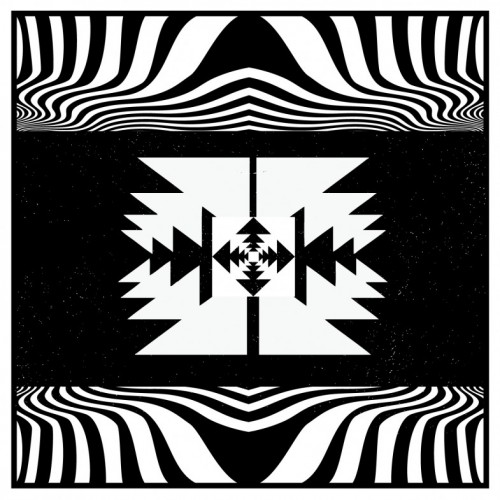 Seattle’s Nelson Bean is a relatively new name to me, but this first full-length effort is a doozy.  Electro-tribalism kicks things off on ‘Ashe’ with minimal, dub-infused basslines crawling along beneath layer-after-layer of smoked rhythms. ‘Jaune’ skitters through greyscale landscapes, looped harp samples circling around glitches in the mainframe. Those same scattered beats return on album closer, “Singing Point,” acting as the anchor for Bean’s penchant for experimentalism. It all takes on the feeling of ghost radio stations transmitting from some other realm while the dense thrum of ‘Arabesque’ keeps the proceedings grounded. Covalence is a horror soundtrack from a bleak, distant future. 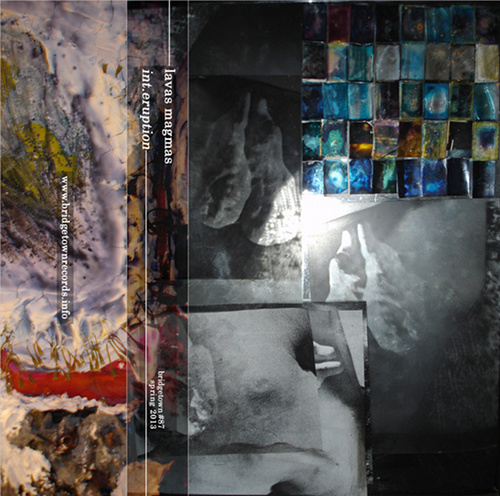 INT.eruption is crunchy. Luiz Gonzalez does an incredible job of crafting atmospheres out of unrecognizable piles of gear. This is music that is intricate and dark, a rotting industrial carcass finding a second life amongst the decay.  On first listen one would think INT.eruption is heavily dosed with processed field recordings, but dig deeper and nothing is clear. Spectral gears grind in shutdown factories while insects invade through tonal squelches and electronic sonic drips. Makeshift percussion perches below cascading synth melodies that are fading underneath mountains of hiss offering sweeping views of the desolate landscape that Lavas Magmas inhabits. Gonzalez is on top of his game here and this is, by far, his most accomplished work to date. 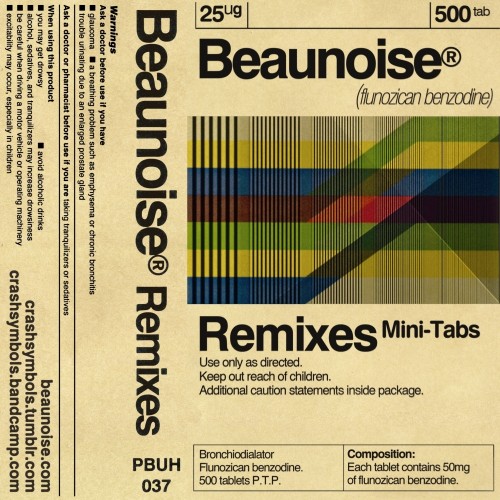 This is the kind of thing I would normally hate. Remixes of well-known tunes are practically a cancer these days, popping up everywhere you don’t want them, turning already interesting things into overworked shit.  And yet, I can’t hate on veteran studio engineer (Death Cab for Cutie, Sparklehorse, etc) Beau Sorensen’s album of remixes under his Beaunoise guise.  A big reason this works is his choice of tunes to deconstruct: from the sensual stomp of Barry White’s ‘Playin’ Your Game, Baby’ to the melodic glitch of The Cyclist’s ‘Technicolor!’ and bass blasts of the Kelis anthem, ‘Milkshake’, everything on Remixes flows. This feels less like a collection of random projects and more like an actual Beaunoise album and that’s where Sorenson’s considerable chops come into play. ‘Green Light’ (originally by Leisure and featuring Clive Tanaka) is the real standout, though, sounding like a long-lost outtake from Tanaka’s excellent Jet Set Siempre, and promises to be one of my go-to summer grooves. 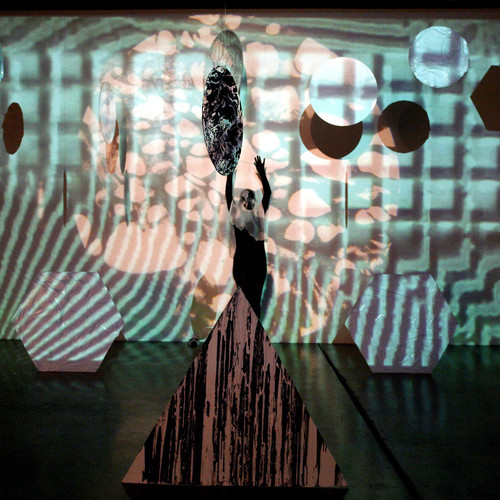 I’ve never really been able to get my head around the Dungeon Taxis label.  There’s an air of mystery surrounding it with the minimally informative website and roster that spans the globe making it difficult to find any particular narrative to latch onto. In the end, that works to their advantage, requiring listeners to consider individual releases on their own rather than part of some overarching chronicle and Pod Blotz – an artist who has been as consistently great as she has been consistently under the radar – is an excellent example of that. Timeless is Suzy Poling’s 20th (by my count) release under this moniker and it’s one of her best.  Swamped drones reverberate through concrete walls, echoing screwed voices into oblivion while bent rhythms pulse and holler.  Poling begins to wail in the distance adding a harrowing edge to this foggy aural soup.  At only 20 minutes (or thereabouts), Timeless still leaves a lasting mark. 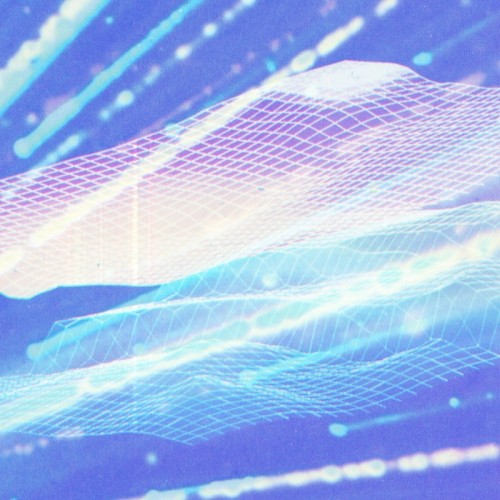 Kansas City’s Discoverer aka Brandon Knocke follows up his debut LP, Tunnels (full-disclosure: I released said LP) with something almost unrecognizable to anyone that’s followed the project since his debut, Build a Base.  Released on VCO (a label co-run by Zombi’s Steve Moore), Mind Deco trades in Knocke’s affinity for funk-inspired beats and basslines for glassine swirls and crystallized synth progressions. ‘Origami’ is fluid, constantly moving forward over low-key grooves while the album’s title track is a blur of washed-out neon drones.  Closer ‘Image Size’ should soundtrack underwater dancefloors everywhere. There’s a certain New Age pastiche element that’s new to Knocke’s solo work, but there’s a depth to his work that a lot of imitators can’t seem to reach. 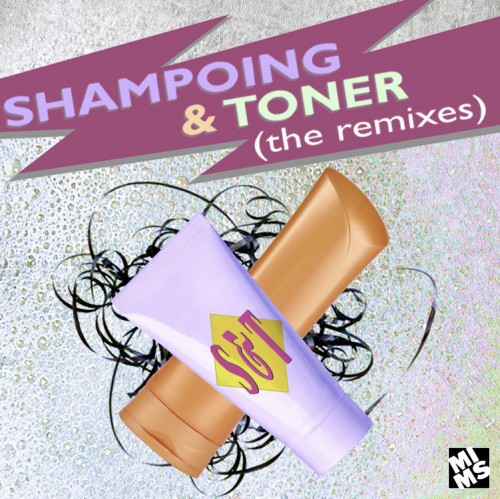 V/A
SHAMPOING & TONER (THE REMIXES)
(MUSIC IS MY SANCTUARY)

This one is a bit of a mystery to me to the point that I don’t even know how I ended up with a copy of it. There’s a long, somewhat ridiculous backstory you can read here, but ostensibly this is a pretty great beat tape from a couple weirdos from Montreal. Sample choices and inspiration ranges from unreleased SWV tracks to J Dilla tribute band rehearsals on contributions from a whole bunch of beat makers like Dr. MaD, KenLo, Malky, and others I’m only aware of because of this tape. In fact, if you told me it was all just one guy with 10 different pseudonyms, I’d just quietly nod an acknowledgement. None of that changes the fact that the 11 tracks on Shampoing & Toner are a damn good time, sounding like a futuristic radio broadcast from Jupiter, complete with soupy interludes and static-filled beat smack. Techinically it’s (another) remix tape, but to me this qualifies as such in name only. I’m gonna have this looping in the car for the next month so anyone catching a ride, you’ve been warned. An aside: please release more beat “tapes” on actual, you know, tapes (same goes for mixtapes for that matter). It’s a beautiful thing.