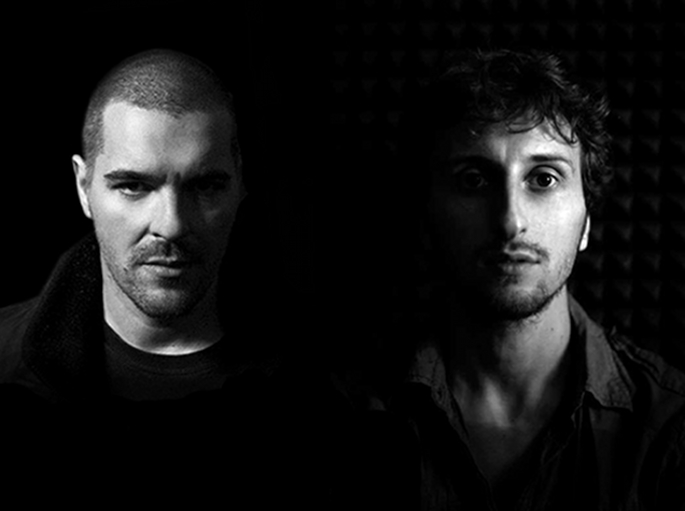 Two techno one-of-a-kinds – one a seasoned journeyman, one a well-regarded explorer of all things dank and dark – have joined forces.

Dutch techno veteran Speedy J has been around the block: he’s built a name releasing fluttering techno on Minus, played to the IDM set through releases as part of Warp’s (Artifical Intelligence) series, released for FAX, Novamute and Clone, and clocked up an out-and-out classic album (1997’s Public Energy Number 1) in the process. Italian producer Lucy, meanwhile, signs the cheques at the Stroboscopic Artefacts label: his best solo releases (2011’s Worldplay For Working Bees) and his best signings (Dadub, Xhin) offer dark techno with an experimental streak and an ear for texture.

Zeitgeber follows taster EP Body Out Body In, and offers the black-skinned fruits of 18 months of labour. It’s also Speedy J’s first full-length release in knocking a decade, and sees Lucy’s more outrè tendencies inflecting the elder’s sound. From the prickly techno of ‘These Rhythms’ through the industrial rattle of ‘Skin’ through ‘Before They Wake”s narcotic exotica, it’s highly varied – think the dilapidated grandeur of Terrence Dixon’s From The Far Future records mixed with Metasplice’s forbidding Infratracts. Zeitgeber” translates as ‘synchroniser’, apparently, and the album does just that: finds an effective midway point between the pair’s respective styles.

Zeitgeber is due on June 10. Click below to stream the record in its entirety.