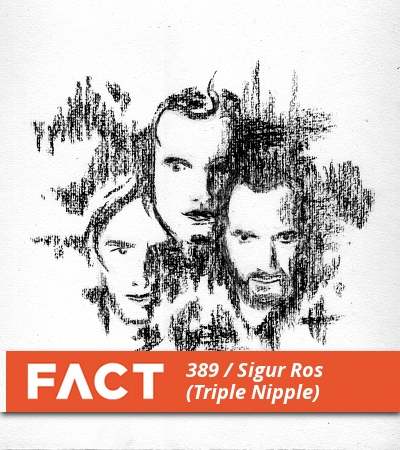 Since the late 1990s, Sigur Ros have been making music that, simply put, no one else could have made.

The group’s first album, 1997’s Von, may have slipped under the radar, but 2000’s Ágætis Byrjun was a revolution: for all the talk of Sigur Ros being post-rock, it sounded like pop music made by water nymphs; lullabies for lagoons that the band sung in their own made-up language, Hopelandic. Only one of the band’s members, Kjartan Sveinsson, had musical training at this point, but you wouldn’t know it from one listen of a track like ‘Starálfur’, which soars to extraordinary levels.

The years since Ágætis Byrjun have seen the group explore more solemn territory (2002’s third album was a forlorn record, simply titled ()) and release their most instantly-recognisable music (‘Hoppipolla’, from 2006’s Takk… became a sports soundtracking staple, synched countless times by the BBC for Olympics and football events). The group have also taken time out to develop side projects, such as Jonsi Birgisson’s Jonsi and Alex, but are currently on their most prolific form yet, releasing two albums in two years (2012’s Valtari and 2013’s Kveikur).

They’ve also taken up DJing, under the name Triple Nipple. If it wasn’t for last week’s Boiler Room session, then we’d warn you to expect the unexpected from Triple Nipple’s FACT mix, but for those who watched that set then the selection here won’t come as much of a shock. It’s music that bears very little relation to Sigur Ros’s own; as the group put it in a recent statement, “This is how Sigur Ros get down and unwind in the dressing room and on the tour bus after a show. If you’d like a window on their world, come on in. If you are expecting a mystique enhancing exercise of deep solipsism, look away now.” You have been warned.