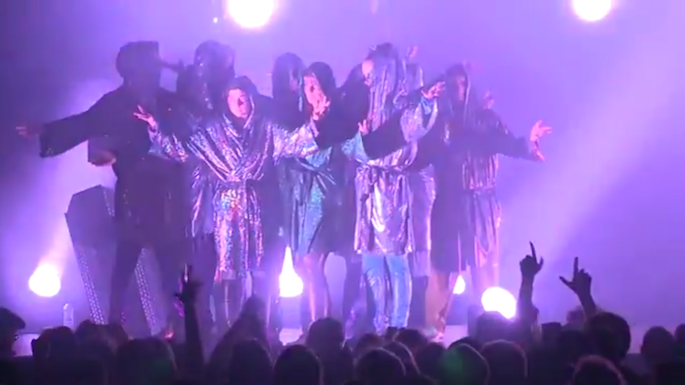 The video is directed by The Knife’s performance collective, Sorklubben, and features a montage of footage from the group’s May show at Stockholm’s Hangaren Subtopia. Sorklubben is described as “a temporary and expanding community that grows and jiggles” as they “made a performance based on collective joy, effort and sweat.”

Watch the brief clip below. It’s set to ‘Raging Lung’, which the group has announced will be the next single off Shaking The Habitual. Additionally, the group’s early albums will be re-issued on vinyl.