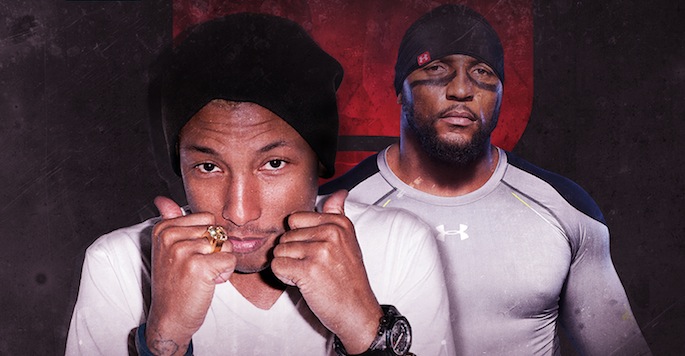 The busiest man in music teams up with an NFL legend on a strange little project.

As MissInfo reports, Pharrell Williams produced the three-track, four and a half minute mixtape in collaboration with just-retired NFL linebacker Ray Lewis. The effort (if you can call it that), is inspired by Ready for August, an upcoming film based on Lewis’s high school football years. The brief, seemingly offcut tracks are accompanied by bits of Lewis’s famed inspirational speeches.