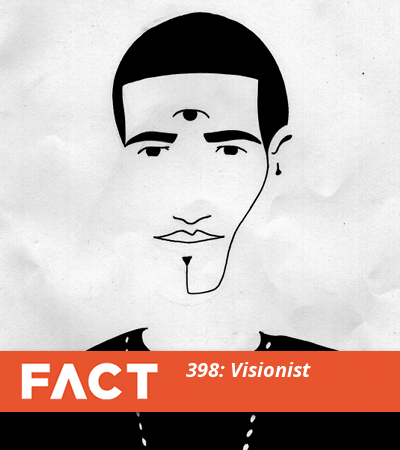 FACT mix 398 comes from Visionist, head of the Lost Codes label and one of the UK’s most promising new grime producers (as recently established, there’s a lot of them about).

Although Visionist hails from the UK and reps it pretty hard – speak to him, and it’s clear that no matter how ethereal his music gets, he considers himself a grime producer with a grime label – it’s been interesting to witness the relationships he’s developed with American producers and labels of late. His latest EP, I’m Fine (following drops on Leisure System, Left_Blank and more) has been released by Lit City Trax – home of footwork producers like DJ Rashad and Traxman – and he’s been touted by the likes of Fatima Al-Qadiri, who described Visonist in FACT earlier this year as making “emotional music that’s far from formulaic”, and collaborated with him earlier this year on ‘The Call’.

It make sense then, that Visionist’s FACT mix flits between UK and US: Stateside acts like Future Brown and Young Scooter share space with Elgato, Moleskin and Kowton, though the emphasis is pretty firmly on the sounds that appeal to Visionist – heavy, sparse bass sounds and haunting topline. Watch out for an unheard Evian Christ edit of ‘The Call’ towards the end, too.