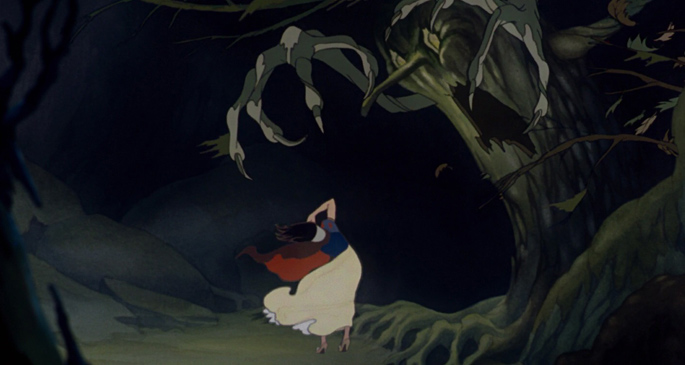 This week’s selection is ugly looking hodgepodge, but the quality is refreshingly high. There might not be a great deal of movement on the rap front this week, but Skinny Friedman’s expertly-mixed cache of Danny Brown one-offs is a must-hear, and even though Soulja Boy might put out a tape every other week (or damn near close to it), 23 is actually quite compelling. Our pick of the week is a doozy – a blend of nightmarish Disney soundtrack snippets mangled through a chain of effects boxes by Aidan Moffat (aka L. Pierre), and there are solid efforts elsewhere from Surgeon, Huerco S., Tiger & Woods, Ca$h Out, Rory Gibb, Legowelt and Salva. 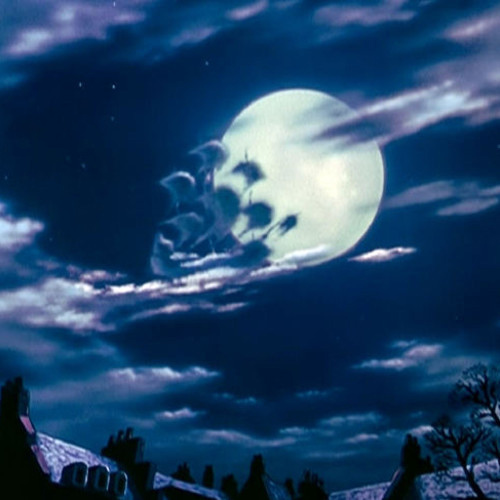 We’re going to come clean here – the very concept of this latest mix from ex-Arab Strap man Aidan Moffat is enough for it to score FACT’s coveted mixtape of the week top spot; the fact that it’s actually bloody brilliant, well that’s just a lucky bonus. Moffat has done the world a favor here, and sweeps up a host of accidentally spine-chilling Disney ditties, melting them into each other with the same skill he’s exhibited on the last handful of L. Pierre records. The producer’s passion for crumbling vinyl is well documented, and there’s a similar warmth to his treatment of these celluloid-battered orchestral swooners.

Many of the tracks never actually made it to the Disney blockbusters they were supposed to – ‘Song of the Seeonee’ for example was rejected from The Jungle Book for being too dark – and you can hear why. Even supposedly upbeat numbers like ‘Scales and Arpeggios’ (from The Aristocats), when taken out of context sounds unfeasibly eerie, and when spliced with elements from sound effects LP (remember those?) Chilling, Thrilling Sounds Of The Haunted House the result is gloriously nightmarish.

Moffat even takes it upon himself to get his hands dirty and treat some of the tracks with his own arsenal of effects, stretching out Leigh Harline’s melancholy ‘Desolation Theme’ from Pinocchio to sound like something from The Caretaker’s dusty vaults, and drenching Peter Pan’s ‘Oh Tink’ with enough reverb to make U2 blush. Really the only fault we can find with this mix is that there’s no download option – you know what to do. 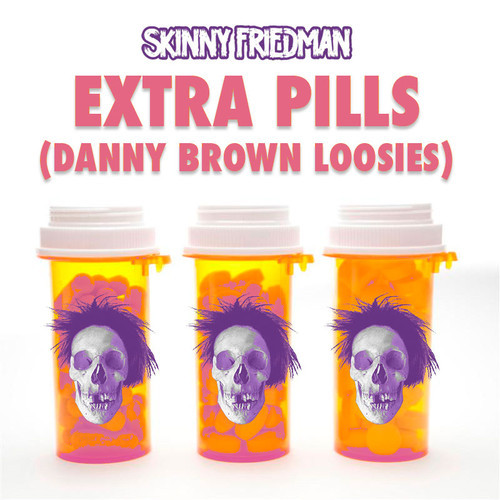 Danny Brown is the proud owner of one of rap’s most unmistakable voice boxes, and since XXX hit the streets back in 2011 he has seemingly worked harder than anyone else in the game, touring incessantly and punctuating his schedule with occasional, timely drops. With eagerly anticipated new LP Old just around the corner, it would be easy to forget about that insane run of non-album tracks, so Skinny Friedman has welded together the best of ‘em on this timely mix. There might not be anything new here, but we hardly need it – Friedman expertly handles the tracks, splicing in the occasional interview segment for coherence and comedy effect when needed.

It would be futile to go into each track, but Brown’s phenomenal collab with Chicago’s Tree ‘No Faces’ still sounds as essential as it did on Sunday School 2, and Darq E Freaker’s ‘Blueberry’ continues to tickle the parts of the brain that other tracks just can’t reach. Hell, it’s even made us appreciate Childish Gambino’s ‘Toxic’ a little more, which is miraculous. Bonus points for the non-inclusion of Insane Clown Posse’s utterly avoidable ‘When I’m Clownin’. 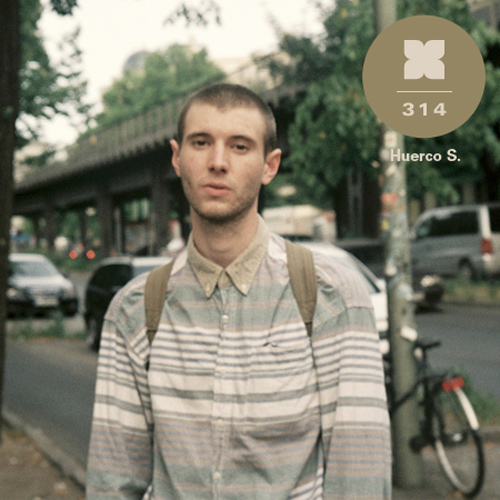 This purveyor of scuffed techno and moonlit abstractions bubbled up from nowhere in 2013, and this week released his solid debut album, Colonial Patterns, on the Software label (FACT’s Angus Finlayson was suitably impressed with its “bootstrap collage of past and present” in his review). Continuing the theme of beat archaeology, Huerco S.’s XLR8R mix this week sounds like a tape dug out from the glovebox of the rustiest car in the scrapyard, oozing hissy warmth and knackered charm.

If that sounds almost painfully on-trend, well, that’s probably because it is – but fear not, the Kansas City producer sounds perfectly at ease as he takes us from the narcotic rumble of Local Artist’s ‘Sun Raw’ to the cosmic sheen of Marcellus Pittman’s ‘An Afternoon’s Delight (Dub)’ via the head-scrambling awkward-funk of Polynomial’s ‘Short Scum’. 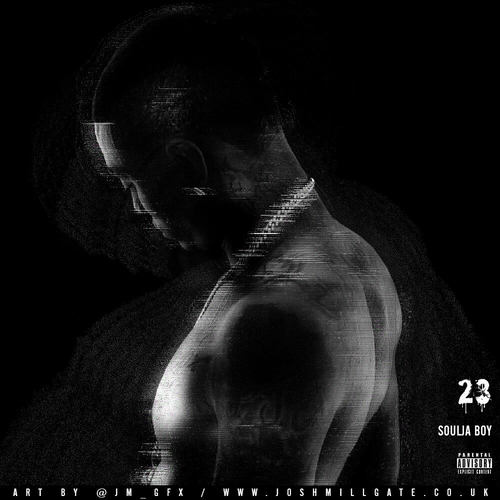 If there’s one thing the world hasn’t been asking for, it’s yet another Soulja Boy mixtape. It’s been barely a minute since his last drop, and Soulja’s no Gucci Mane – the quality of his tracks has never quite been reliable enough to justify the frequency of his tapes. There’s an inexplicably scrappy quality to Soulja’s releases that’s far more obvious than the usual bitrate-challenged, hastily sequenced tapes that populate the scene. Opener ‘Intro’ will likely have you thinking iTunes is due a service when it climaxes in almost half a minute of silence, and more than once it sounds as if Soulja’s vocal performances have reached the mixing stage almost totally untreated, warts and all.

Inexplicably though, the tape’s glaring errors don’t seem to matter at all. Soulja has jettisoned his earlier obsession with Chief Keef’s monosyllabic flow (understandably, given that they’re not exactly the best of friends right now), and aided by some wisely procured beats he’s emerged with another solid selection. ‘WTF’ and ‘She Got That Swag’ are dripping with personality, and to be honest are a breath of fresh air amongst the weekly swill of poor Zaytoven pastiches and weak Migos impressions, and creepy slow-burner ‘The King’ is one of the rapper’s finest (and weirdest) drops all year. 23 might not quite top its excellent predecessor, but we reckon Soulja’s doing just fine. 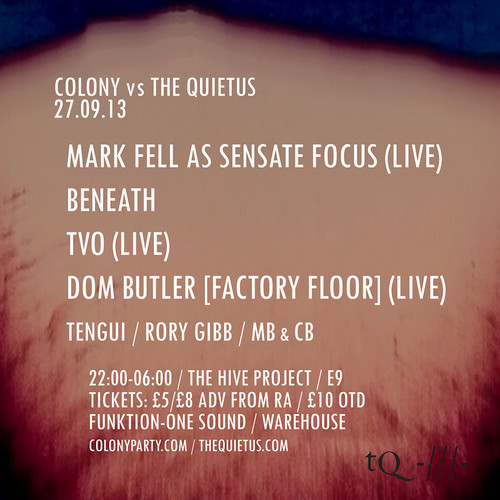 London promoters Colony have been repping underground techno in the capital for precisely five years, and to celebrate this milestone they’re throwing a party tonight (September 27) with Mark Fell (under his dancefloor-ready Sensate Focus alias), Beneath, TVO and Factory Floor’s Dom Butler. The night has been co-curated with music mag The Quietus (who are also celebrating their fifth birthday), so writer Rory Gibb has put together a one-hour-plus mix that serves as an initiation into the kind of cerebral-yet-banging techno that ticket-holders can expect. Plenty of variety here – from Livity Sound and Katie Gately to Factory Floor and Keith Fullerton Whitman, plus a handful of as-yet-unreleased bits and pieces including a grimey one from Beneath – and the thing that happens at 50:00 is what clubbing is all about, really. 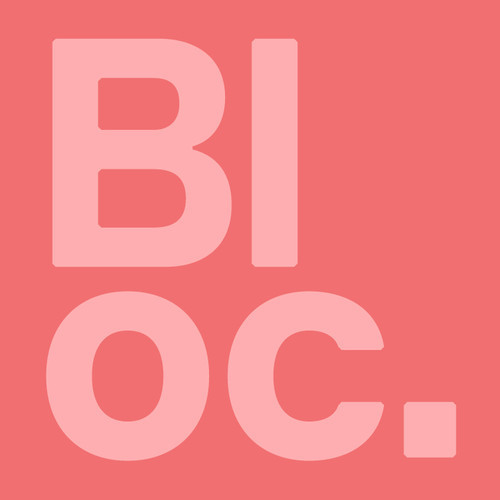 It’s hard to argue with Legowelt’s bullshit-free mash-up of disco, analogue techno and messy house. There’s no posturing, and it’s dance music that manages to exist in a world without trendy haicuts and Ibiza residencies. It’s grotty music equally at home in the bedsit as on the dancefloor; enhanced by the smell of stale Red Stripe and the sticky-soled trudge to the inevitably malfunctioning bathrooms. This latest mix for Bloc is no different, jumping from hazy nostalgic melancholia one minute to deadpan Chicago house the next. There’s a DIY quality to Legowelt’s selections that manages to make what is at its core computer music sound decidedly punk – and that’s something to celebrate indeed. 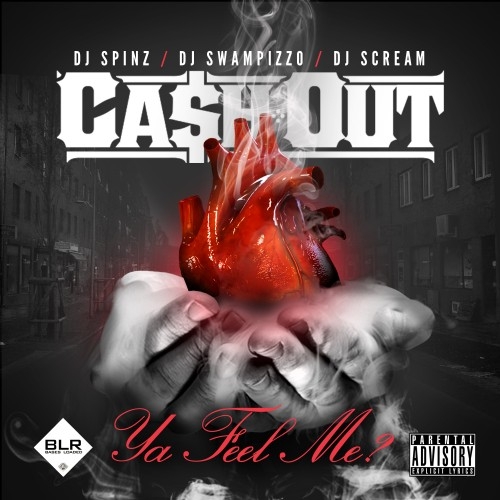 CA$H OUT
YA FEEL ME?

Ever since his 2012 smash ‘Ca$hin Out’, Atlanta rapper Ca$h Out been left to languish in its formidable shadow, no matter how hard he tries. The DJ Spinz-produced track was one of that year’s unmissable club breakouts, and since then it’s felt like Ca$h Out has more or less been playing catch up. Ya Feel Me isn’t a bad effort by any means, and it’s refreshing to see a wisely picked list of producers and features, from Spinz and Dun Deal to Rich Homie Quan and Yo Gotti. Somehow though, there’s a sense that Ca$h Out is lacking that one unquantifiable element that made ‘Ca$hin Out’ so addictive.

It’s not for lack of trying either; the Spinz-produced ‘Why You Do Dat’ is one of the tape’s most successful moments, elevating the Future-lite autotune ballad with the addition of some seriously odd (and brilliant) flute sounds. Elsewhere, sparse opener ‘Closed Casket’ is eerie and incredibly effective, and obvious single ‘Pull Up’ is a no-brainer, but there’s a sense that a few minutes after its close, there’s little that will keep you coming back for more. 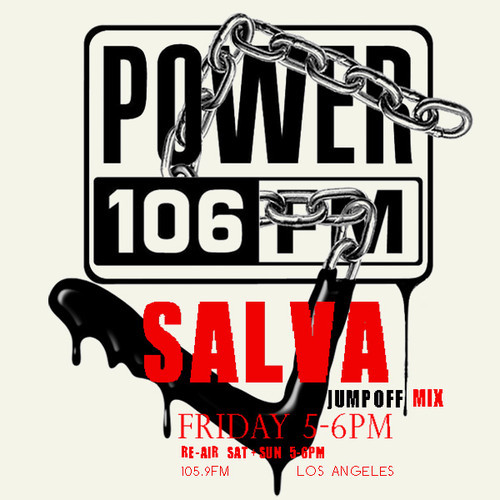 LA’s Salva rustled up this mix for Power 106 in an attempt to sum up some of the summer’s finest pop rap sizzlers, and he’s done a bang up job. Alongside unashamed club destroyers such as Ace Hood’s unavoidable ‘Bugatti’, there’s also plenty of love for his base city with a run of DJ Mustard-produced gems, from Dorrough Music’s ‘After Party’ to TeeFlii’s breakout single ‘This Dick’. There’s nothing understated about this collection of tunes, and that’s exactly why it works – Salva has put together a mix that should squeeze out what little summer we’ve got left at this point, and one that will sharply turn the whip into a sweatbox. Good job. 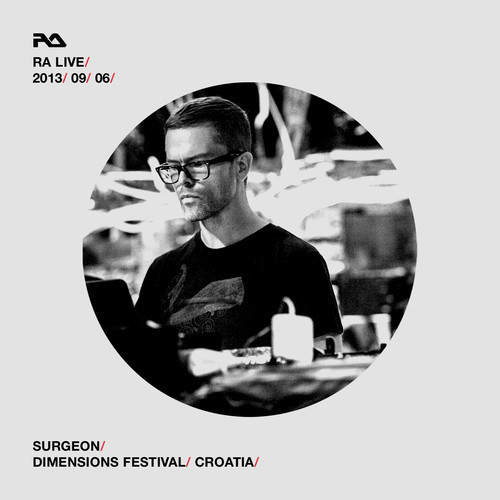 Surgeon’s brand of brow-beating floor-destroying techno has been worrying clubs from Birmingham to Berlin for decades at this point, and somehow he’s always managed to stay just ahead of the curve. It’s possibly his deep musical knowledge that’s given him the edge, and there’s a sense listening to this massive Dimensions Festival set that his passion extends far beyond the dancefloor. While you might simply hear an expertly-crafted set of factory-strength 4/4 rippers, there’s depth here that many DJs simply ignore. Again, Surgeon has managed to drop a set that while clearly primed for sweaty 2am hedonistic neck jerking, works just as well soundtracking a dull work day checking boxes in Microsoft Excel. 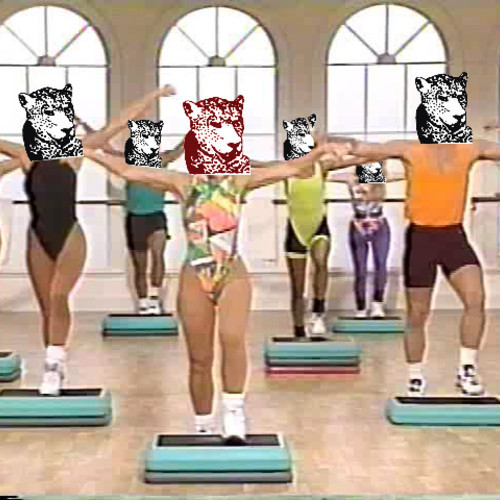 T&W bosh out an hour of house zingers, disco edits and boogie jams under the title ‘Winter Fitness Mix’, and let’s face it, if you could find a step aerobics class that played this stuff instead of the standard ‘Essential Ibiza Clubland ’06’ dreck then you might actually get up and do some bloody exercise, eh? Packed with classy edits and just the thing for a Friday night rummage through the liquor cabinet.