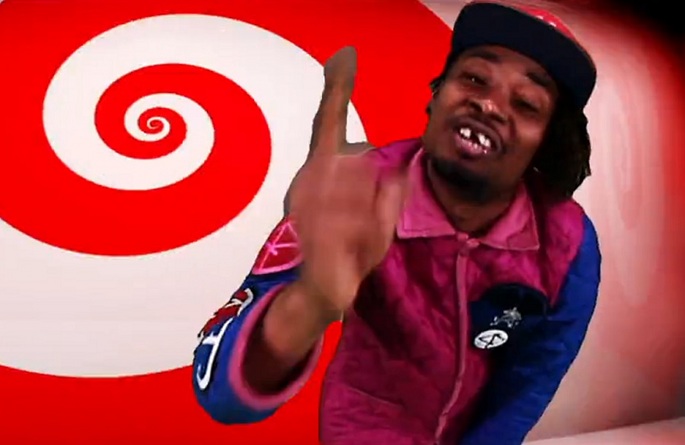 Hip-hop’s court jester has teamed-up with some heavy duty clowns for a synapse-scorching new video.

Back in Autumn 2012, Danny Brown spent some time at the Insane Clown Posse‘s annual summit, Gathering Of The Juggalos. Footage of the jaunt, recorded by Noisey, showed Brown striking up something of a bromance with Shaggy 2 Dope and Violent J. The two Detroit acts have now consummated their mutual regard with a new video, which features a guest verse and cameo appearance from Brown.

Brown has a sizeable role in the clip for ‘When I’m Clownin”, which originally boasted a guest verse from Kreayshawn. The video is a typically lurid affair, full of zombie clowns, freaky bozos and green-screen tomfoolery. Things exponentially pick up at the 2.20 mark, when Brown pops up for a frenetic verse, kitted out in ICP merch. Be warned: once watched, this can’t be forgotten.

Head here to watch the video. Brown will drop his Old LP later this year. [via Pitchfork]