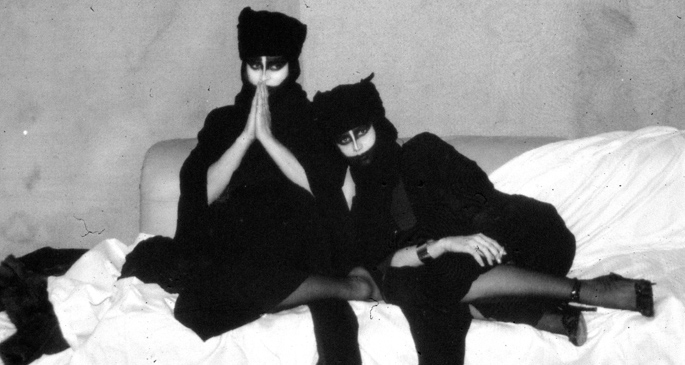 Saâda Bonaire probably shouldn’t have worked as well as it actually did.

The band  was formed in Germany in 1982 by DJ Ralf Behrendt as a concept to forward his own interests in reggae and funk, and he roped in his fiancee Stephanie Lange and her friend Claudia Hossfield to add the necessary female touch. Somehow along the way, the influences began to get more and more muddled; Behrendt was working at a local immigration centre, and roped in a plethora of musicians to help out and the results were typically fractured and surprisingly brilliant.

Sadly just before the band would release their ‘hit’ single, the plug was pulled by label EMI and the promotional budget was cut – the band sunk into obscurity until now. Captured Tracks have managed to track the trio down, and have rounded up eleven unheard tracks recorded at the time, to go alongside the two original single cuts.

‘The Facts’ is one of those unheard tracks and is a decisively weird collision of Pet Shop Boys-influenced FM synth, pummeling disco rhythms, deadpan female vocals and, yep, Middle Eastern flutes and what sounds like Oud. It shouldn’t work at all, but we’re glad it does – just take a listen below and you’ll see what we’re on about.

Saâda Bonaire is out on November 12 via Captured Tracks.