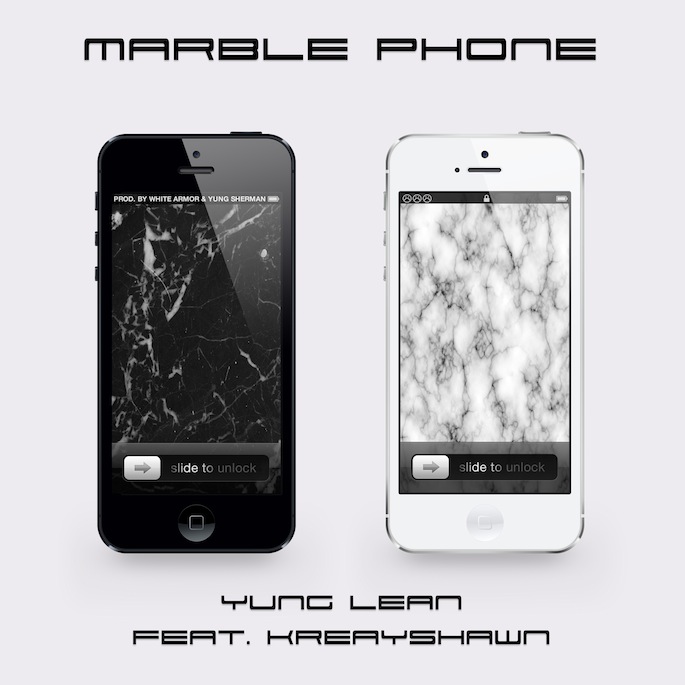 The pair get teary-eyed over a beat that reconfigures cloud rap as dance pop. It’s a bit of a mess.

Yung Lean caught FACT’s (and the Internet’s) attention earlier this year with the Unknown Death 2002 mixtape, a destined-to-be-divisive take on Southern hip-hop by the Swedish teen. The awkward-appropriation hype cycle was reminiscent of California rapper/director/mom Kreayshawn.

Fittingly, the two have teamed-up for a track, ‘Marble Phone’. Produced by Yung Lean-associates Yung Sherman and White Armor, the track girds the #sadboys’ trademarked cloud rap-via-Japan sound with a four-on-the-floor beat; the end result is reminiscent of Bloodhound Gang’s ‘The Bad Touch’. Through a haze of Autotune, Lean claims that he’s “too futuristic for all you lames,” while Kreayshawn lays out her post-Something ‘Bout Kreay troubles and takes her place among the “sad guys.”

Listen to the track below. For more about the #sadboy life, check out FACT’s recent charting of the sound’s evolution through indie-tronica, techno, dubstep, and hip-hop.