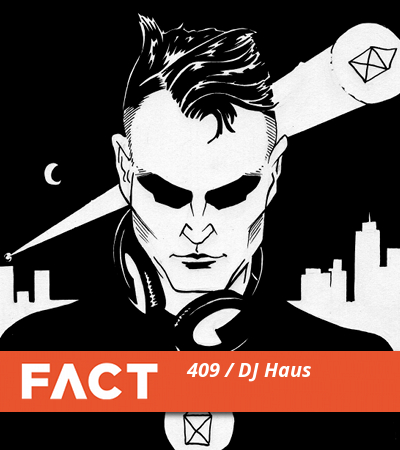 We didn’t set fixed parameters when deciding our favourite record labels of 2012, but something we did do was prioritise labels that released vinyl – not for reasons of vinyl fetishism, but because we feel that the labels prepared to put their money where their mouth is when it comes to releasing their product deserve more reward. Unknown to the Unknown is an exception, mostly because it doesn’t operate – or, indeed, even pretend to operate – as a normal label would. Instead, it relishes in the disposable, more-is-more nature of digital age music, turning what’s often an unwanted quality into a celebration of our trashy times. Starting life as a YouTube channel, the Unknown to the Unknown discography effectively reads as a diary of what label boss DJ Haus is into that week, but unlike, say, Mad Decent’s Jeffree’s sub-label, it’s frequently illuminating, with contributions coming from artists both established (Marcus Mixx, DJ Stingray, DJ Q) and new (Walter Ego, Palace).

A year on, Unknown to the Unknown is still on top. It’s very much an extension of Haus’s personality: the more established artists that release on the label are, in Haus’s own words, his heroes, and whether it’s cajoling Legowelt to play synthesiser solos in a cape, releasing raunchy home videos of Marcus Mixx or shooting DJ Q into space, he presents their music in a way that nobody else would. Who else would have the imagination and the balls, frankly? The last twelve months have also seen Haus introduce newer artists into the UTTU army – grime firebrand Spooky dropped ‘Baby’ through the label, Slackk’s Minor Triads was an early 2013 highlight and Mista Men, Checan and Delroy Edwards are some of the best new dance producers around – as well as launching a new vinyl label, Hot Haus Records. As we say, dude’s a hero. His FACT mix is stacked.