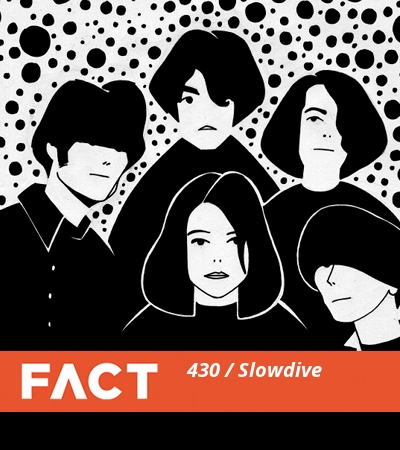 The brainchild of childhood friends Rachel Goswell and Neil Halstead, Slowdive emerged as the ’80s became the ’90s, and by 1991 had been firmly lumped in with the shoegaze scene of the era – or, as it was coined in Melody Maker, “the scene that celebrates itself”. Come 1992, the shoegaze backlash was in full effect, with Manic Street Preachers’ Richey Edwards famously declaring “we will always hate Slowdive more than we hate Adolf Hitler”. In 1995, Slowdive were dropped by Creation following the release of the third album Pygmalion.

Time, however, is a hell of a healer, and the year since Slowdive’s break-up have seen them rightfully reevaluated: a shy counterpoint to My Bloody Valentine’s distorted bombast, and a treasure of early ’90s British pop. This year, the group followed many of their peers by reuniting – announcing a set of live shows, including an appearance at Barcelona festival Primavera Sound and telling FACT that ”we are all super thrilled to be back together again after 20 years and can’t wait to get started!”

Slowdive’s FACT mix, we’re told, “followed a discussion we all had at a rehearsal in February about what artists and tracks have influenced us as a band and also what tracks would sound great included in a new Slowdive mix.”

“Maybe some of the more well known choices, such as The Smiths, Sonic Youth, The Byrds and Brian Eno for example, are pretty obvious to listeners but they are also great songs by some of our favourite artists that had a profound influence on us all as aspiring musicians. We still think all these songs sound amazing and important to Slowdive as a band.”

“The Cure, Can, The Stooges, This Mortal Coil (and The Cocteau Twins) and My Bloody Valentine we all grew up respecting and still admire. It’s hard to ignore how some of these bands have helped shape our sound. Spiritualzed (and Spacemen 3), Swans, Dinosaur Jnr and Bark Pychosis we also have been fascinated with since they began sonically expanding our minds when we were still teenagers. Syd Barrett, Nick Drake and Bert Jansch, who are all sadly no longer with us, offer an acoustic tinge to the mix. The simple melodies, majestic melancholy and emotional aspects of these songs we never tire of.”