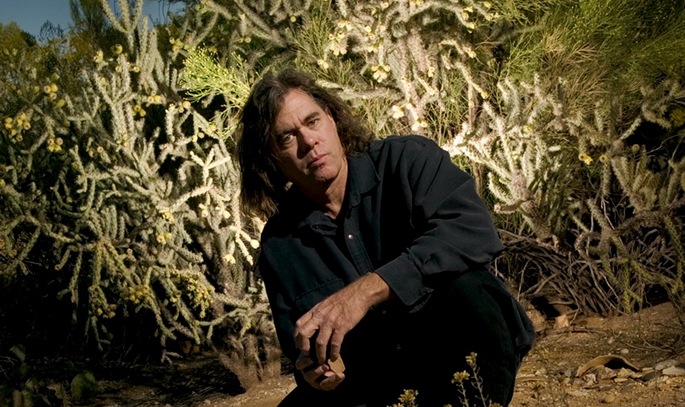 There are some well-polished treasures celebrating their 30th anniversary this year: The Smiths’ debut album, Double Nickels On The Dime, Purple Rain. Add Steve Roach’s Structures From Silence to that list – by our reckoning, the best ambient album of the decade.

Structures From Silence might be less trumpeted than, say, Eno’s Ambient records, but in terms of emotional affect and textural flair, it more than trumps them. Released in 1984 on Fortuna, this three-track collection of brocaded synth composition is a world away from the tacky lovebombs lying undetonated in new age thrift bins. Instead, Structures From Silence offers an ambient music that, although subtle and slow-moving, throbs with life – music which, like a flagging Chinese lantern, appeared to have gently bobbed down from the cosmos. On the 30-minute title track in particular, Roach’s work is deep, majestic, coruscating as coral. In fact, if you’ve never had the stomach for ambient, Structures From Silence is as good a starting point as we can think of: we didn’t crown it our tenth favourite album of the 1980s on a whim.

According to Roach, Structures From Silence emanates from – and embodies – “that sigh – that expansive place where you breathe out and then you breathe back in.” Speaking from his Southern California home, Roach walks me along the musical breadcrumb trail that first led him to Structures From Silence‘s magic place. Roach’s primary musical influences were the usual roster of Krautrock adventurers: Klaus Schulze, Popul Vuh, Manuel Gottsching and his Ashra Tempel, and Tangerine Dream. Correspondingly, Roach’s first band – Schulze-besotted combo Moebius – and his first two “Berlin-school influenced”  albums (1982’s Now and 1983’s Traveler) opted for showy synth-wizardry and cosmic freakouts. Although these elements would hardly disappear from Roach’s work – see 1986’s exhilarating, highly sequenced Empetus – Structures From Silence would propose a radically different new route of travel.

The distinctive Structures From Silence sound – airy clouds of synth, patiently circling in loose but noticeable orbits – first developed as a corollary to those early “high-energy” pieces. “Through the course of playing those pieces or getting ready for concerts, the place that I would arrive at towards the end of a concert or preparing for a concert, everything would start to melt down or slow down in the building of the set. So it was a natural progression through the day, as things start to change and shift.” Roach credits the elliptical, slow-moving works of Harold Budd and Eno (with Robert Fripp in particular), but he’s keen to stress that, really, Structures From Silence is a California album – inspired by the “desert landscapes that I was constantly drawn to”, and conceived in line with an ever-so-Cali flower child upbringing (“I think I would rather breathe deep than smoke cigarettes day and night.”) For all his reputation as a hippy-ish channeller of the ether, Roach used to be a professional motorcyclist – and it’s not hard to read endlessly scrolling desert landscapes into Structures From Silence.

Like diligent meditators, let’s return to the breath – something which runs through Structures From Silence at the very deepest level. Roach developed the album’s three pieces by sitting at his Oberheim OB8 and “going into that state where you become fully aware of your breath and your body presence.” It’s not a happy accident that Structures From Silence feels so human – indeed, Roach’s working method was very deliberately an attempt to fully invest himself in the synthesiser, to dodge the plug-in-zone-out trap: “Musicians who play wind instruments or acoustic instruments – non-electronic musicians, let’s say – they have to be engaged. You have to be awake and present. If you’re playing a wind instrument, you have to show up 100% to make it work. But the synthesiser – early on at that time, I could already see that you could basically be in any sort of state if you were awake, and be making some sort of sound out of it, but not be fully engaged with it.” When played mindfully, the synthesiser was an instrument with remarkable potential – “almost like a Rorscach instrument, where you could impose your own will on it at any point in time, and do something like Structures in one moment, and something very dark and threatening or intense on the next day.” (For the curious, a list of the gear used by Roach on the album is included at the end of this article).

Roach insists that, for all its quietude, Structures From Silence fed off the hubbub of night-time L.A. and the Hollywood machine: “With Empetus, and Strucures, and [highly-regarded 1990 live LP] Stormwarning, all that music was created in the atmosphere of living right in the depths of LA. I was living in a little bungalow right close to the MGM film studios – it was a bungalow built for film lot workers, so there was a lot of energy going on all the time. You could just feel it coming in under the door at night. That’s an invigorating environment, and it’s also very powerful to distil that too and just bring it down into this still point, which is what Structures was.” Structures, it seems, was something of a bulwark against a frenzied world – the same sort of chalk-circle effect as Burial’s “angel’s spell”: “In its most pure form, Structures was created as a space for me to inhabit and create this sanctuary in the middle of all the energy of L.A.. It was really creating your own zone to inhabit and support and keep the sounds of the outer outside world at bay. Which is what I think is the best quality of this non-invasive, less melodic, more textural kind of art form – it’s so abundant everywhere, but I think it’s so great, because it’s so supportive of what we need today.” 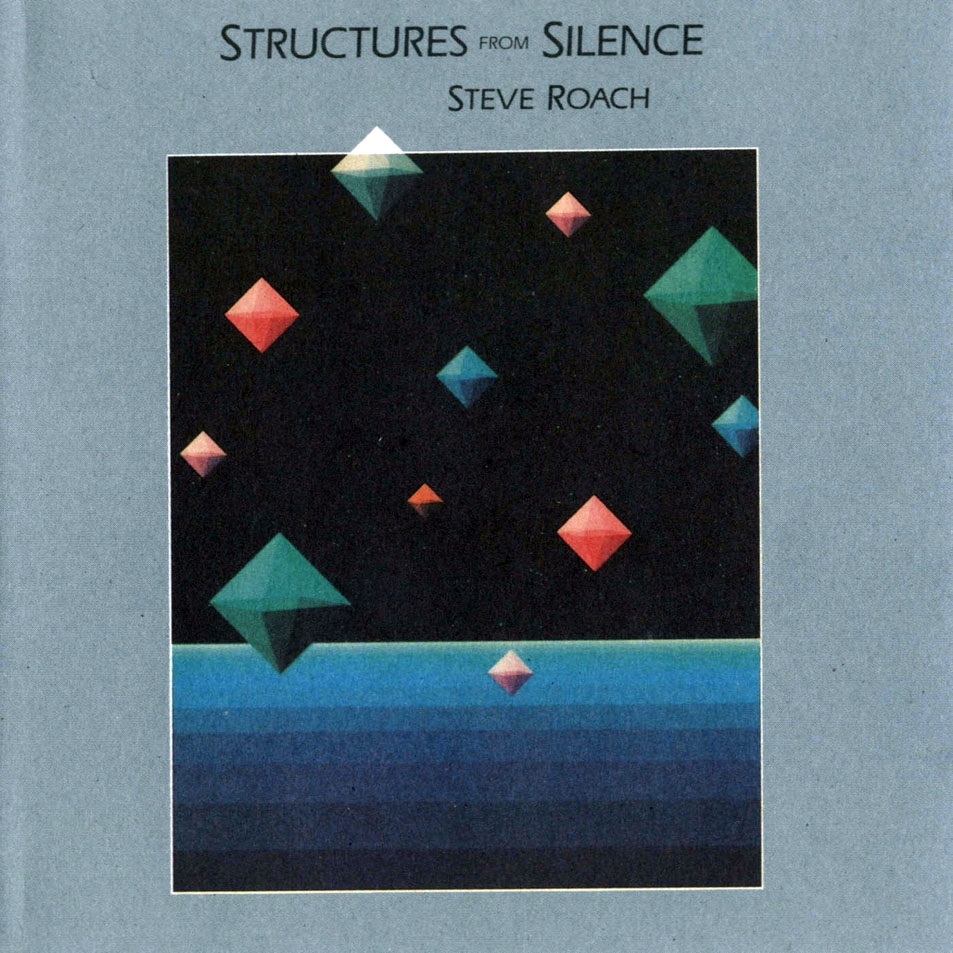 What do we need today? Has the 21st century urban lifestyle – sardine-tin living; mobile telephones as chirruping iron-lungs; the domestic sonic warfare memorably discussed by Kode9 – put silence under unprecedented assault? “It’s evolved to the point where I think a lot of us don’t realise what the difference is just from five years ago or ten years ago, It’s just incrementally but monumentally building to where the level of noise pollution around us is sneaking up, and at a certain point, the level of stress that it keeps you at – just hearing stuff that you can’t eliminate or you can’t get away from, that kind of low-grade stress and cacophonous noise…People say, ‘I just tune that out’. The jackhammers that have been going on outside for the last six months to do that renovation on the street outside your office?”

Although keen to stress he’s “not really on a campaign here”, Roach is emphatic about the positive health effects of this sort of textural music. He talks with passion about designing sound-based programmes to help soothe Alzheimer’s sufferers at his mother’s retirement home. And he’s eager to stress the importance of finding “sound and music to support your personal living space at the right volume level…you can tune into sound and music the way you might when you enter into somebody’s house and there’s some amazing incense burning, or there’s some kind of quality in there that puts you right into that sweet spot.”

“Younger artists will just sample 15 minutes of it…that goes off the map of mutual respect.”

Structures From Silence‘s influence isn’t difficult to plot – it’s all over the freeform pad-play on Aphex Twin’s Selected Ambient Works Vol. II, and is indirectly responsible for a whole cottage industry of mid-1990s ambient techno releases. Roach takes heart in his role in this “food chain”: “I hear pieces coming back in that are clearly in the influence of Structures, and then those influence me back – so there’s a great circle of inspiration that comes from that.” He’s pricklier, though, when it comes to people sampling his work: “The piece that gets a little bit interesting is when some of the younger artists will just sample 15 minutes of it and then use it but not do anything with it – it’s absorbed into the bloodstream, but without any understanding or acknowledgement on any level of where it came from. We had a few instances of that lately. My audience out there is a fairly dedicated group of audio forensic listeners – they’ll hear it and then send me an email immediately and do a report on it.” For Roach, indiscriminate sampling “goes off the map of mutual respect and doing what’s right.”

One label who’ve shown the utmost respect to Roach is Projekt: following multiple Roach releases (including a 2001 Structures From Silence reissue), they’ve pulled together a remastered-and-expanded 30th anniversary edition. Projekt’s reissue includes over two-hours of unheard music, cooked up on a similar set-up – “not the OB8 but another Oberheim synth” – and created in the same “breath space” as the original, albeit three decades down the line. “It’s not really like conjuring up an old pathway back to an ancient memory – it’s just a part of me that’s a continuum from that moment until now, so I can be there and call upon that quality in the studio.” The new pieces confirm something that will be of precisely zero surprise to fans: Roach is “not an in-the-box computer guy: “I’m very much dedicated to the full compliment of analogue equipment, from mixing consoles to most of the synthesisers, which are either my original vintage synthesisers – they’re called vintage now, but they’re the ones I’ve been using for years…everything you have is sliders and nods, and you have again that kind of physical interaction with zero latency, where you’re working with the instrument, so there’s no sense of even a nano-second of time delay. You’re just getting that kind of visceral hands-on feeling.”

Interestingly, that big pearl anniversary probably couldn’t have arrived at a better time. Once grubby words, “ambient” and “new age” are now worn as badges of pride: see last year’s widely adored I Am The Center compilation, or hypnogogic pop and cloud-rap’s respective ways with the wooze. Has Roach been keeping an eye on that gradual rehabilitation?: “The “new age” label kind of emerged over here – it really became a billboard for marketing such a huge swamp of music that really didn’t fit into any categories through that whole era of the ’80s. You’re just doing this music that’s authentic to your own being, and then they start to hang a door sign on it…I think over time, the box is gone now. We’re evolving, we’re getting more sophisticated, in how we’re seeing all these different incredible genres and sub-genres of music that are all cross-breeding and creating these amazing combinations of everything. That’ s really what’s exciting and inspiring to me.”

Roach acknowledges that, if there’s a piece that sums up Structures From Silence‘s project, it’s that glimmering title track: “it’s heard simply on the title track of Structures From Silence, plain and clear, that that’s where that emerged from – recording that moment as I was really fully engaging with it and understanding it, in a visceral way, like when you see a photograph that was taken in a moment and time that just captures everything.” Thirty years on, that photograph remains, in every sense, breathtaking.