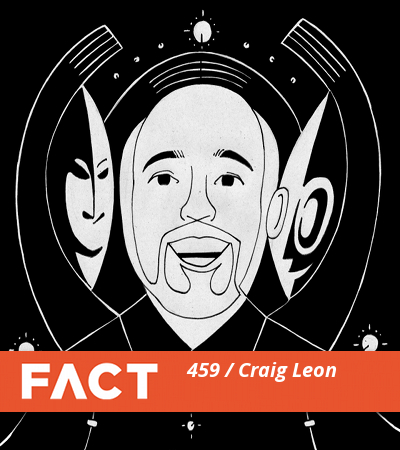 2014 has welcomed Kevin Saunderson and Damon Albarn to the FACT Mix controls – but the man behind mix 459 is arguably the most storied mixer of the year so far.

Craig Leon’s CV as a producer is about as distinguished as they come; in fact, our 100 best albums of the 1970s list would look very different without him. The Florida native was a pivotal figure in the US punk and new wave scenes, manning the controls on early singles from the Ramones and Blondie. Other production credits include Suicide’s game-changing 1977 debut LP, Richard Hell and the Voidoids’ Blank Generation, and Jeffrey Lee Pierce’s Flamingo.

He’s also forged an impressive, if lesser-known, career as a recording artist. His 1981 solo debut Nommos, a skittering collection of processed percussive tattoos and wonky electronics, is an out-and-out classic, and we duly ranked Superior Viaduct’s (artist unauthorized) edition as our favourite reissue of 2013. Other releases include 1982’s Visiting and a collaborative LP with Arthur Brown. His solo work’s been spotlit once again this year: a definitive new RVNG release, The Anthology of Interplanetary Folk Music Vol. 1, presents a spruced-up, alternative version of Nommos, painstakingly re-recorded from Leon’s original studio notes and bundled alongside a remastered version of Visiting.

Leon’s spent much of the last 15 years working on modern classical releases, and his FACT mix draws from that milieu, blending drone, gamelan, krautrock and microtonal work. It’s gorgeous, and features a sprinkling of unreleased works to boot. Bernard Parmegiani, Annette Peacock, Tony Conrad and George Gershwin all feature.