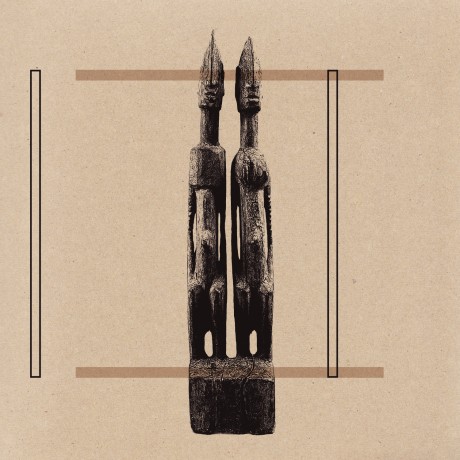 FACT’s favourite reissue of 2013 is getting another showing – this time with its maker’s input and blessing.

Leon is best known for his production work around the seminal New Wave scene of the late 1970s, with clients including Ramones, Suicide, Richard Hell and Blondie. First released on John Fahey’s Takoma label in 1980, Nommos was his inaugural solo effort, and it remains an absolute peach.

Taking its visual and thematic cues from the sculptures of Mali’s Dogon tribe, Nommos collectes instrumental pieces pulled together by Leon and his wife Cassell Webb using Roland JP-4, Oberheim OB-X, an Arp 2600, and a primitive LM-1 prototype. The results are eerie, cosmic loop pieces, underlaid by, as we put it, “processed electronic tattoos that rebound around the inside of one’s skull like a ping pong ball in a tumble dryer.”

One thing Superior Viaduct’s triumphal reissue lacked was the support of its creator. That’s not the case with Anthology of Interplanetary Folk Music Vol. 1: Nommos / Visiting – a two-for-one “re-editioning” of Nommos and its sequel, 1982’s Visiting, released with Leon’s express blessing through RVNG Intl.

Anthology of Interplanetary Folk Music Vol. 1 isn’t just a simple remaster-repackage job – indeed, the Nommos master tapes are long-lost. As such, Leon has meticulously re-recorded the album, using the exact audio signals plotted in the album’s original studio notes as his guide. Visitor, conceived as a “conceptual continuation of Nommos“, has also been specially remastered by Leon for this edition, and both albums have been subject to “subtle edits and compositional additions” along the way.

Anthology of Interplanetary Folk Music Vol. 1 will arrive in a 2xLP package, complete with two essays from Leon and detailed artwork. The album is due on June 24; click below to stream the newly reconstituted Nommos track Donkeys Bearing Cups.