Hey QT! An interview with 2014’s most love-her-or-hate-her pop star 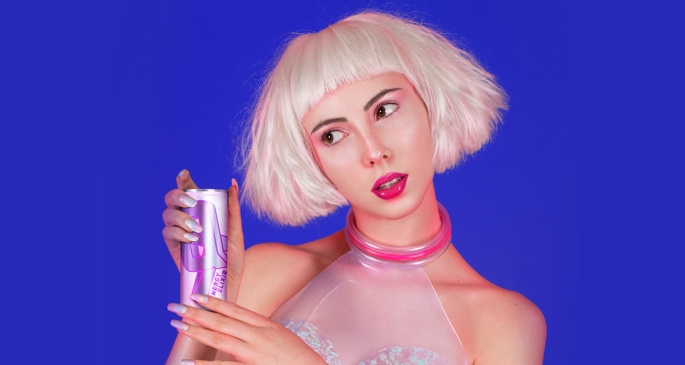 It’s become a running joke that every article on PC Music features the word “divisive”, but the label’s ability to simultaneously engage and enrapture its natural fanbase – the internet – is pretty special.

Recently, label boss A.G. Cook and affiliate SOPHIE collaborated with singer, dancer and alchemist QT, creator of the QT Energy Elixir, on their most love-it-or-hate-it track yet. Although it’s far from by-the-numbers, ‘Hey QT’ is pruned of much of the weirdness found on, say, PC Music’s radio mixes, and shot straight for the dance charts with an advance release on Beatport. In QT’s first interview, we find out how she found herself caught up with A.G. Cook and co, her reaction to the track’s response online, and her plans for both her music and the QT Energy Elixir.

Hey QT. If this was a lonely hearts entry, how would you describe yourself?

Singer, dancer, creator of an energy elixir: you’re an artist of many talents. What were your first creative urges, and how did you become the multifaceted artist you are today?

So sweet! Really it all started from a place of wanting to connect – energetically and psychically. I originally made the elixir as a personal aid to that type of connectivity and to enhance those interactions. I only realised later that the product could have a wider mass-market appeal, being a very different sort of energy drink to those already out there. ‘Hey QT’ the song was originally created to help market the drink but I find dancing and performing the song has presented new and exciting opportunities for connecting too.

Have you appeared on any songs prior to ‘Hey QT’?

Lightly, I played around with a few mixtures but for me everything crystallised in ‘Hey QT.’

The blurb for your live performance at Boiler Room describes what you do as “hyper-imagined” and “SUPERnatural”. Could you expand on what you/they mean by that?

Are you trying to get me to leak the formula for the QT Energy Elixir? I have to tell you only three people in the universe know the exact recipe… ;)

On ‘Hey QT’, you feel the song’s subject’s hands every time they think of you. Is this a reference to psychological submission, or just telekinesis?

‘Hey QT’’s really about that moment when you feel the presence of something even if it is not physically visible. When I went dancing sometimes I would hear a friend’s song playing or see a special image and it somehow felt like they were visiting me in another form. I was so inspired by this sensation that I felt the need to bring it to a mass market context in a carbonated liquid form.

How did you meet SOPHIE and A. G. Cook, ‘Hey QT”s producers? And how do you typically work with them on music?

I first met SOPHIE ages ago and we kept bumping into each other in all kinds of places. At the time I was working on energetically sensitive sculptures and SOPHIE was working on material-based sound textures. I felt like the way SOPHIE works – taking inspiration from molecular gastronomy and raw waveform synthesis was in many ways analogous to my process.

I have been a fan of A. G. since I first saw him online and was really excited to find him outside of a virtual realm. He visited me early on in the lab and really pushed me to create a product that was both uplifting and clear. I love how he creates these seemingly synthetic identities – working with his collaborators to distill them into concise pop products…which is exactly what I wanted to do with the QT Energy Elixir. 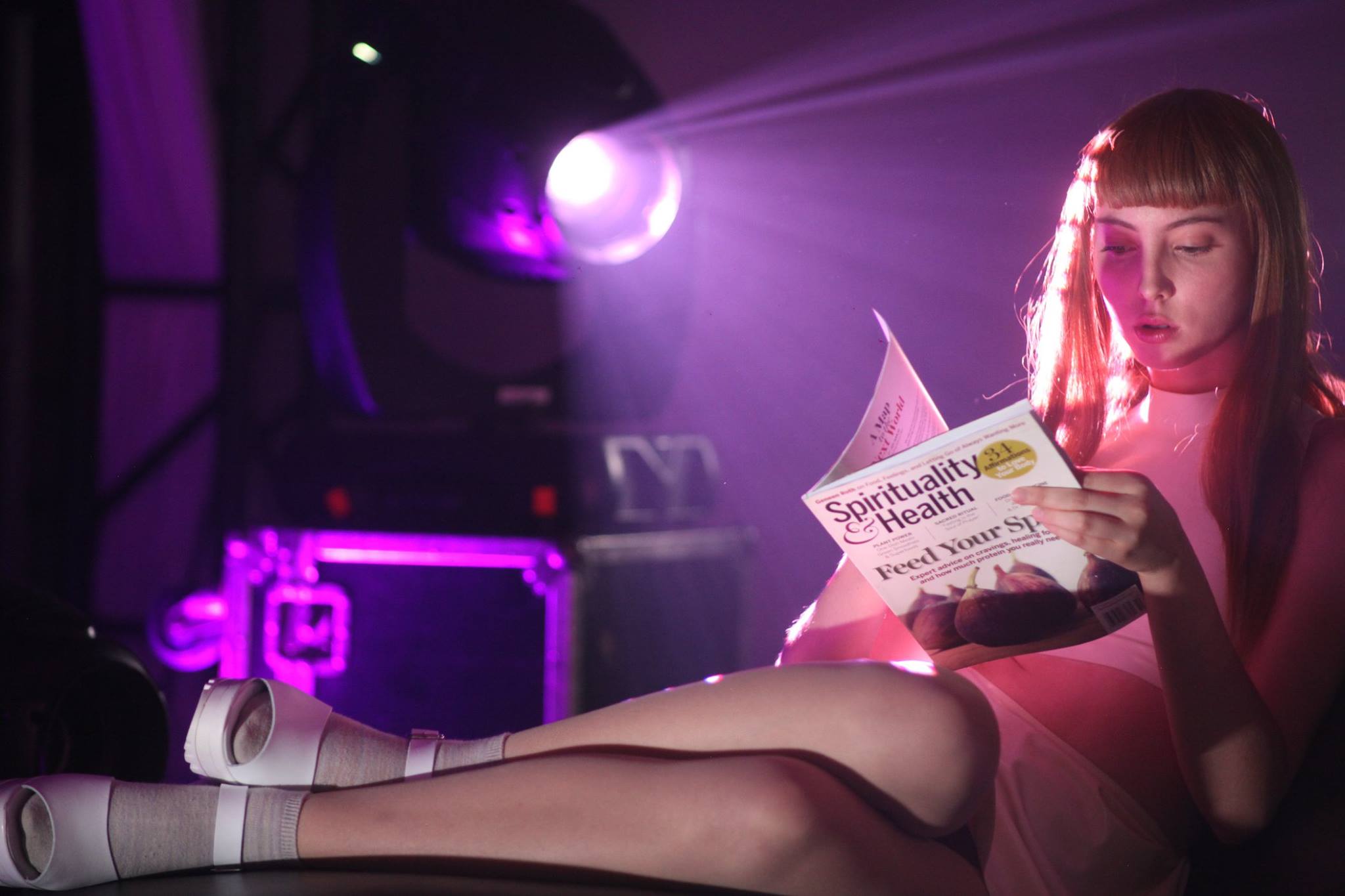 So far ‘Hey QT’ seems to have raised some interesting questions about identity and authenticity.”

SOPHIE has spoken before about sculpting the sounds he uses from sinewaves – from scratch. As your producers, do they also sculpt you in some fashion?

No, I pretty much told them what I was after… heavy repetition of the word ‘QT’ for marketing purposes and an uplifting club sensation to back it up.

‘Hey QT”s had a hell of a reaction – some people love it, some people hate it. Have you been surprised by the drama surrounding you online?

It’s been so much fun… So far it seems to have raised some interesting questions about identity and authenticity. It’s been especially stimulating thinking about what makes something real or unreal, synthetic or natural. Honestly I am just excited to be bouncing around – I’m very into all types of connectivity virtual and otherwise… I love to be playing.

How does QT relax when not writing and performing? And what’s a typical day like in the life of QT?

Mmm, I love thinking about this… To relax I try to do things that are grounding, like organising different rocks in my house, eating well, trying to be close to water. I love getting acupuncture and spending time with friends… Occasionally I go out dancing. These days a lot of my time is spent in meetings, visiting the lab, writing emails and in general working hard on the drink.

Are there any concerns, to your knowledge, that there’s a conflict of interests between promoting your energy elixir and PC Music’s relationship with Infiniti Red Bull Racing?

In terms of Red, Silver and Blue vs. QT Energy Elixir we are talking about two very different types of energy… The QT energy elixir is orientated towards upward shine, vertical connectivity and personal growth.

What can we expect next from QT?

More bubbles I hope. We are looking to pop the can on the QT Energy Elixir towards the end of the year. Also XL have promised us a high gloss advert, I mean music video, so we are looking forward to getting to work on that :P

Hey QT is out now on XL Recordings.