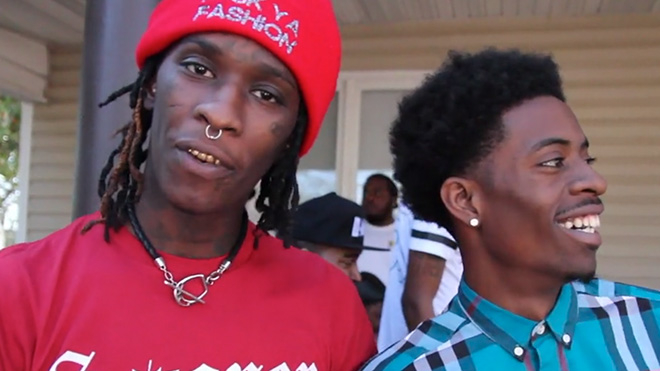 As is often the case, the mixtape round-up is comprised almost entirely of Southern rap. This week’s haul features collaborative efforts by Young Thug and Rich Homie Quan, Key! and FKi, and Curren$y’s Jet Life crew, along with talents from Memphis, Miami and — for a change of pace — Toronto. 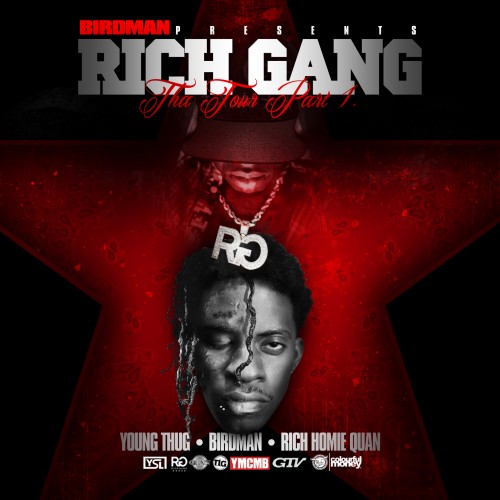 Mixtape of the week:
RICH GANG
THE TOUR, PART ONE

Cash Money boss Birdman proves why he’s been one of the driving forces in rap for years, bringing together Atlanta stars Young Thug and Rich Homie Quan for his latest Rich Gang effort. Even if this was released to promote a tour, and even if it’s under the whatever-Birdman-says-it-is Rich Gang moniker, this is among both rappers’ strongest efforts yet.

As they proved on this summer’s smash ‘Lifestyle’, Thugger and Quan are a perfect pair, their sing-song styles and experimental streaks complementing and reinforcing each other; ‘Lifestyle’ sister song ‘Tell Em (Lies)’ sees Quan cooing harmonies over Thug’s hook with excellent results. Production credits are sketchy, but the project was executive produced by London on Da Trak. The gang have opted for piano-heavy trap epics that are draped in orchestral synths; ‘Who’s On Top’ reminiscent of jubilant Black Portland cuts like ‘Lets Go Play’.

Yet even though the pair know they’re running the rap game (“I got the streets in a head lock” on ‘See You’), there’s still a mournful streak throughout the tape. Heartbreaking moment abound: “I hope I fall in love,” sighs Quan (‘Hate I’); on ‘Freestyle’ he details child support issues while Thug admits “I ain’t never been in love / I don’t know how pain feels.” Even sex jams are laced with street tales (‘Beat It Up’, ‘Imma Ride’). Cheer up guys and enjoy the view from the top. 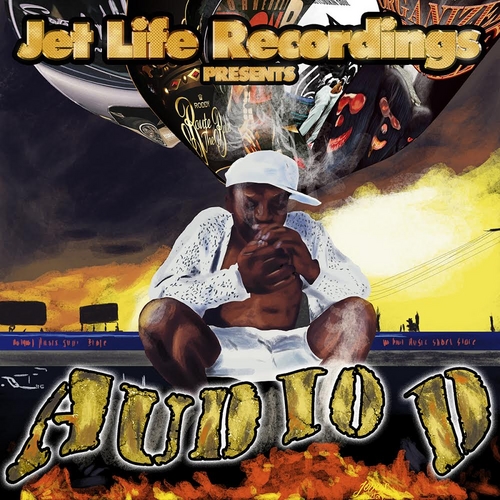 With a title and cover that mirrors Master P’s classic Ghetto D, there’s a sense that Curren$y (a former No Limit soldier himself) is paying his respects with this latest Jet Life collection. That’s a good thing – his smoke-addled shtick was getting tired even for the most sour diesel-addled among us, and Audio D is the Jet Life crew’s most enjoyable drop for some time.

That’s not to say they’re doing anything particularly new – far from it, their touchstones are still the same set of Southern staples, but there’s a gritty urgency here that has been missing from some of the crew’s recent drops. Young Roddy’s ‘Playa Stats’ sounds as if it could have come straight from the No Limit catalogue and although Curren$y’s ‘A Lil Sumthin’ has been around for a while, it’s one of the best things he’s thrown down for ages and makes a welcome re-appearance here. 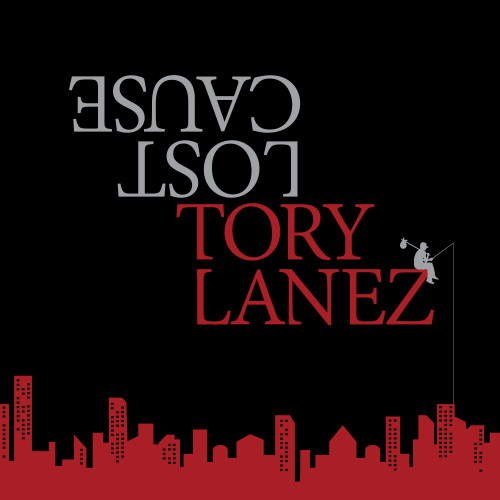 Since he last appeared in the mixtape round-up, Toronto’s Tory Lanez has seen his profile rise thanks to a hook-singing gig on YG’s My Krazy Life, and unlike the bedroom-facing Chixtape series, Lost Cause shows a more serious side of the singer-rapper-producer.

Regardless the mode, the 22-year-old has talent — just don’t mistake his youth for innocence: he’s dealt with the loss of his mother, a spell of homelessness as a teen, and run-ins with the law. Those experiences illuminate Lost Cause, which finds him rapping more than ever. His style will remind most of Drake, as will the woozy beats provided by regulars Play Picasso and Noah Breakfast and electronic producers Ryan Hemsworth and RL Grime. We remain convinced that his best path forward is as a singer, but whatever he does, Lanez is no lost cause. 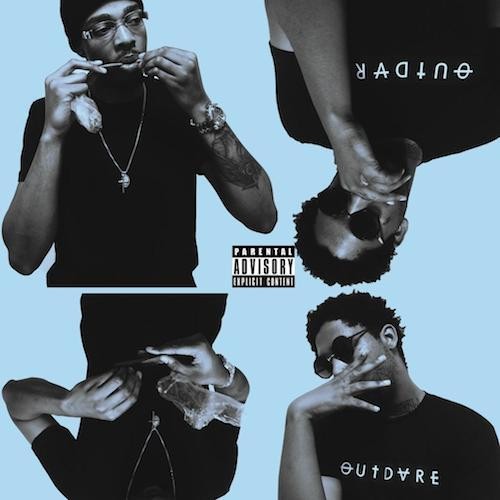 Surely it was only a matter of time before Atlanta weirdo Key! and genre-bending production outfit FKi would team up for a more substantial release. Their interests were already pretty well aligned, and their respective styles – FKi’s unique productions and Key!’s unmistakable weird Atlanta flow – gel perfectly.

Regular Key!-collaborator iLoveMakonnen even shows up for not only a guest verse but to help out FKi with the production on the syrupy ‘TMZ’. It might be the short tape’s most successful moment with its bizarre concoction of dubstep basses (FKi, remember, already pillaged that genre on their Transformers in the Hood tapes), witch house tropes and wonky raps. It’s good stuff, and like recent drops from the loosely affiliated Awful Records crew, not for the faint of heart. 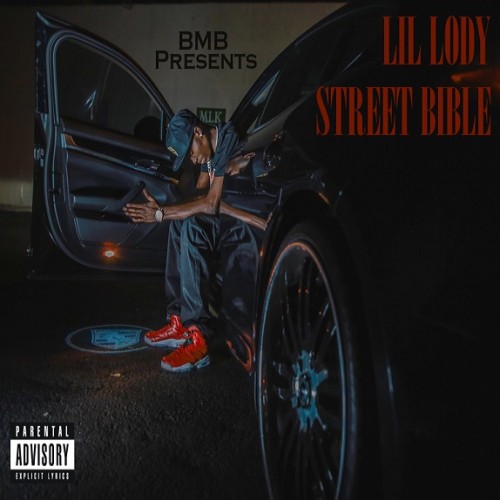 Memphis rapper and producer Lil Lody – who’s still best known for producing Young Scooter’s breakout hit ‘Colombia’ – follows up 2013’s excellent The Theory 2 with another lengthy collection of hi-res Southern rap. It’s not as if he’s been taking it easy in the interim however; in spring we got to hear Lody’s collaborative tape with Florida’s Bigg Mike and it was a worthy drop, despite not containing anywhere near enough beats from Lody himself. Sadly Da Street Bible doesn’t remedy that – there are only two Lody productions across 14 tracks and one’s an intro – but Lody’s a competent enough selector to rustle up some killer beats regardless.

Fans of the Lody’s previous work won’t be in for many surprises, and Da Street Bible lacks its predecessor’s woozy menace, but occasionally it catches you off guard. ‘Money in the World’ is particularly effective, with a trunk rattling beat from Cigm Wod accompanying a spine chilling detuned vocoder rap from Lody. It’s more evidence that Lody’s an enduring talent, and a rapper we’re always eager to hear more from. 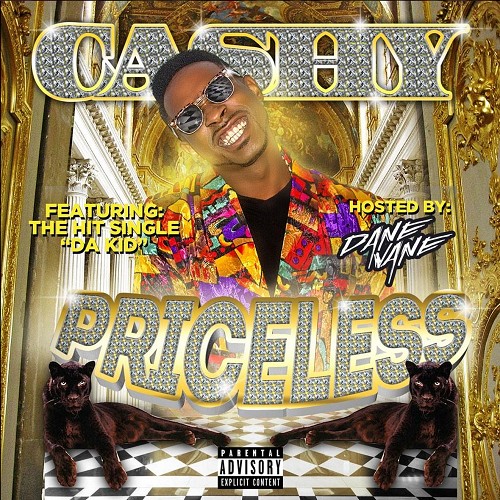 We promised we wouldn’t sleep on Cashy again, so here goes: the Miami rapper returns with a short-but-sweet effort and some of the best cover art in the game on Priceless. Cashy remains lithe and razor-sharp with a flow that sounds like a more precise A$AP Ferg, with the weird streak that’s making Southern rap so exciting right now.

Expect tales of drug-doing and drug-dealing over wonderfully weird trap beats. ‘Paparazzi’ is a woofer-rumbler, while ‘So Vicey’ is animated by eerie woodwind synths. The subject matter might not be novel, but Cashy keeps things interesting by dropping the occasional punchline (“don’t see that shit like Stevie Wonder”) and showing off an ear for memorable hooks.