This week’s selections range from Jamican dancehall to Soviet disco, taking in library music and dark techno selections from Poland on the way. There’s also a killer set from house great Roger Sanchez recorded at the Glastonbury’s NYC Downlow to get stuck into. 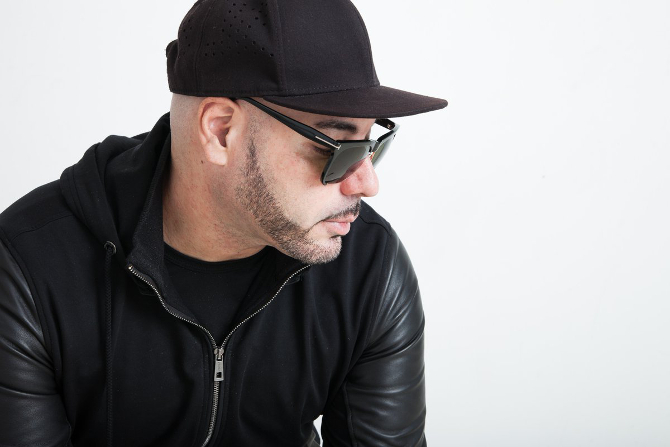 For the lucky few who squeezed themselves into NYC Downlow, Glastonbury’s dedicated drag dive modelled on the gay clubs of ‘80s New York, a big highlight of this year’s line-up was Roger Sanchez’s two-hour session of floorboard-creaking, bicep-flexing, moustache-twirling house. A gift from one of NYC’s greats, the classics-heavy sesh arrived on NYC Downlow’s freshly launched website this week – we’re gonna be keeping an eye on this one. Listen here

Polish selector Olivia steps up to the RBMA Choice Mix with a taut mix of razor-sharp Dutch electro, dank techno and Italo-tinged sounds. Folding minimal wave from Das Ding and classic R&S into tracks from I-F, Florian Kupfer, L.I.E.S. artist NGLY and DJ Overdose, it’s proof you should make the effort to check her out at this year’s Unsound festival in Krakow.

Following the release of their killer Bird Sound Power album for Demdike Stare’s label, Jamaican dancehall production duo Equiknoxx Music are getting the recognition they deserve. This week they joined Hodge’s Rinse FM show for a guest mix and played a batch of their own instrumentals along with what we can only assume are rare-as-hen’s-teeth dubs from the ‘70s and ‘80s. Essential listening.

Mute Records mainstay and celebrity cat owner Al English has put together a 30-minute mix of electronic library music for EB ahead of his set at Berlin’s Pop-Kultur festival this month. From TV theme composer Alan Hawkshaw to French hero Rene Roussel, who appears on the first Cosmic Machine compilation, these selections cover the eerie, quasi-devotional and cat-friendly end of the ambient spectrum over a 15-year period when the synth was king. We’re sure Bam would approve.

If, like us, you’re completely ignorant of the disco made behind the Iron Curtain, this mix will be an education. As Berlin’s DJ Scientist explains, unlike some banned western genres like jazz and rock, disco was able to fly under the radar of state officials who just saw it as music for dancing. In this mix, DJ Scientist selects some of the best disco to come out of Russia, Ukraine, Lativia, Belarus and Estonia in the ‘70s and ‘80s.