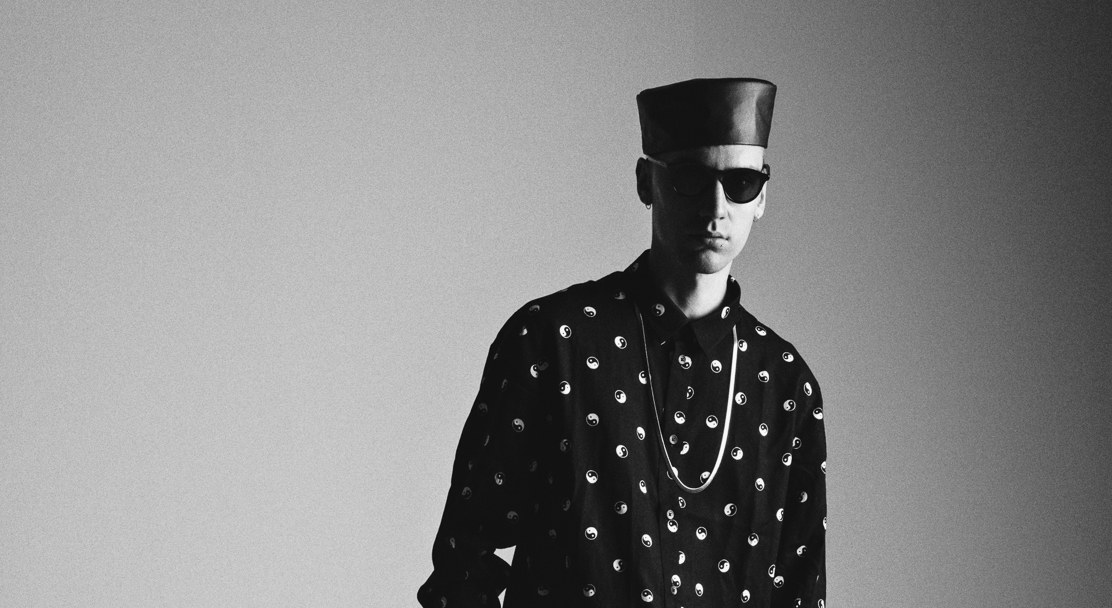 My Favourite Record is a feature where we ask musicians we rate to pick their most cherished album – a development of our occasional On Record feature, and a chance to take a peek at the albums that maketh the artist. Today’s entry:

“I bought this CD when I was probably 13 or 14, around Halloween time. I remember because I was working at this Halloween attraction called Terror Town. Anyone from Detroit will remember this place as the most shady event around the season. I worked in a room where they had a topless dominatrix and a male stripper, and there was much controversy because she would actually whip people going through. I always loved booty music – what we call it in Detroit – because you could hear it on any given weekend on 97.9 or 105.9. I played music like this in there, and yes at that speed too. The attraction was at an infamous abandoned waterpark that was known to be run by some gangsters, and after the attraction would close then they would have some kind of S&M party inside that I would DJ as well. The only reason why I had this job is because I knew some of the people working there.

“DJ Assault was one of my favorite DJs because he took the most risks every time I saw him. The mix starts out with one of my favorite tracks, AUX88’s ‘A U X Mind’, I specifically remember someone tipping me $20 for playing that. It was normal to hear Dopplereffekt and Aux88 played on 45 on the radio.

“This mix is nostalgic and inspiring to me. I scoured both Record Times in Detroit for years until I had all the records. George Kranz ‘Din Daa Daa’ was also a favourite, people would lose it when the drums went off. I think a big part of the love for me was because I grew up watching The Scene and New Dance Show with my Mom. In fact, she probably still has all the recordings on VHS as we both loved to dance.

“Another favorite of mine is DJ Nehpets’ ‘Lay it Down’, a classic Detroit track which I redid recently, twice. It’s fascinating to me how a vocal and a drum beat can get you moving so easily. This track is followed by another favourite Dj Assault, ‘Dis Bitch’ – lovely chords and raw sound straight from MPC. Mr De’ is the one who produced all of Assault’s best music, one of the best producers from Detroit.

“DJ Assault really inspired me the few times I saw him.  He played anything from Madonna from Stardust to Captain Rapp, and always mixing in R&B music. Plus, he had the amazing ability to be able to mix back a record in time, if it skipped; he would jam his finger into the side and you could hear a deep pitch bend and it would cut right back in. He also scratches a bit, which is fun if done tastefully. We had a mutual friend who was a DJ who got into drugs and got into trouble, and I ended up inheriting his whole vinyl collection. He was a radio DJ on 105.9 so I was able to get all of the records that I couldn’t find. He ended up in jail for stabbing my friend in the face unfortunately, but I walked away with a nice set of vinyl.

“I love how in the middle of the mix he throws in Visage, ‘Frequency 7’.  Another electro track that brings me back is Electric Soul, ‘X2’, which I believe was produced by Mad Mike.  I think a lot of people will think this mix is too fast, but you should hear it slow. I’ve slowed down several mixes lately and enjoyed them much more – Derrick May and Jeff Mills sets from the ’90s.

“In conclusion, I would be down with a copy of this without all the “Dj Assault in the mix” IDs.  Below is a rare video showing you what Detroit was like in the late ’80s and early ’90s.”

Order fabriclive 79 here. Edgar will be launching the CD at Fabric on Friday Feburary 6, with help from Machinedrum and more. For more info head here.