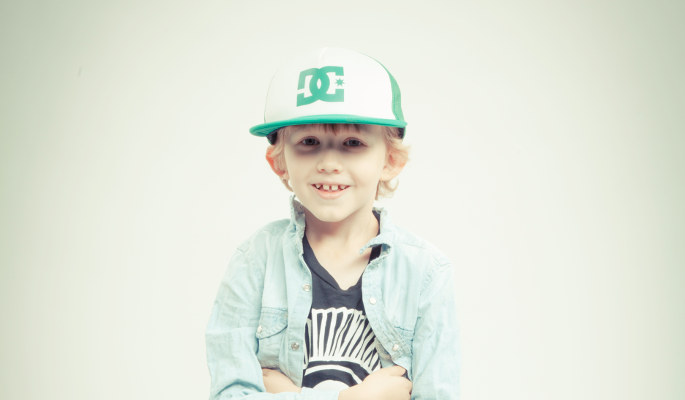 We don’t get to say this often, but child stars stole the show on FACT this week.

Both DJ Arch, the two-year-old South African putting the pros to shame, and Jarett Koral, who started his vinyl label at the age of 14 (“I’m not really making a ton of money with it, but it’s cool and I have something to show for it” – kid, we feel you) were among the site’s most popular recent stories, but they’re not the only ones who’ve shown musical skills way beyond their years. From Jersey Club teen groups to some of the world’s most respected composers, here are 10 early birds who caught the worm – and then some.

Laugh all you want about their navel-gazing blather, but Willow (14) and Jaden (16) are no jokes. Willow went viral with ‘Whip My Hair’ and was behind one of the Willennium’s best pop singles in ‘Summer Fling’. For his part, Fresh Prince Jr. is dealing with teenaged self-loathing on his mixtapes and experimenting with release modes with a mobile app. And watch out when they team-up.

The inclusion of 16-year-old Ebony “WondaGurl” Oshunrinde was one of the lone bright spots on Jay-Z’s forgettable Magna Carta… Holy Grail, and she’s gone on to work with rising stars Travi$ Scott and SZA. She just scored a few spots on Drake’s latest mixtape, and you can’t knock her hustle: she pitched him the beat for standout ‘Used To’ via Instagram.

Aphex Twin, child prodigy. Of all the myths and legends about Richard D. James, this one has some merit: Benjamin Middleton claims that he saw James producing music in his Cornwall bedroom at age 12. Plus, there are countless stories about the circuits and synthesizers he’d build during his teens and use at his early DJ gigs. Perhaps it’s genetic: last year, he shared what he claimed were tracks produced by his six-year-old son. “I never showed him a thing, he worked it all out himself, mind boggling.” Mind boggling… if true, that is.

What were you doing in 2005? Moving to a new city? Crushing on your college professor? Sipping your first beer? Yeah, well Finnish electronic producer Eeliks:en was being born. That’s right, Eelis Mikael Salminen was just seven years old when he released his debut album Suutre Teiter and got it released on Finland’s esteemed experimental imprint Fonal Records. Recorded in part on his dad’s iPhone, it’s a collection of glossolalia-spotted DIY miniatures that sound like he’s had too many packets of Smarties and gone HAM in The Ark. The record also features guest spots from his little brother Niilo and chums Kalle, Siena and Oscari.

Henry Plotnick is a San Francisco composer who learned to play Erik Satie’s Gymnopedies by ear when he was six years old, so that’s the level of child prodigy we’re talking about here. With encouragement from his arty parents – a filmmaker and a singer-songwriter – he released his debut album Fields on the Holy Mountain label aged just 11, combining the hypnotic repetition of the 20th century minimalists with an ear for sparkling ornamentation. Now a teenager (well, just), his cult following has mushroomed in recent months and his latest release, the Eno-inspired Qualia, arrived on UK cassette label Blue Tapes last year. You’ll be seeing more of this kid.

If you ever feel the need to put your no-doubt bounteous talents in perspective, here’s a brain-scrambler: Tori Amos won a scholarship to Baltimore’s Peabody Conservatory at the age of five, the youngest person ever to be admitted. The piano virtuoso then got kicked out aged 11 when she “fell out with its conservative philosophy”, being more interested in rock music than the classical repertoire and refusing to read sheet music. Instead, her dad took her to the gay bars of Georgetown, Washington, where she played showtunes and hits for tips until she was 15. (As Daddy Amos put it, “What safer place is there for a 13-year-old girl than a gay bar?”)

Detroit producer Kyle Hall feels like an established fixture in the techno landscape, but is still a relative youngster. The first music that many people heard from him? This 2009 video of him composing on a Casio keyboard on his school steps. Keep your 909s and outboard gear – that’s a raw approach.

Lil Divas in the City

Screw the OMG Girlz, Lil Divas In The City is the pint-sized girl group we want to see break through. TLC obsessives Miyyah and Jhatory sing, model and do Jersey dance routines – and they’ve often got big brother, Jersey club veteran Jayhood, in tow. It’s not just kick drums and left-right calls, though, the group sing about “anti bullying, cyber bullying and other prevalent problems for kids today”. They’ve also, according to their Facebook page at least, got a clothing range on the way – no sign of it yet though.

Greek musician Vaneglis Papathanasiou is one of film music’s all-time greats, and probably made more money from the last Olympics than just about any athlete, but don’t think he hasn’t earned it: he was putting in the work from very, very early. Born in Greek port town Agria Volos, Vangelis was composing music at four, and gave his first piano performance at an incredible six years old.

Read this next: Artists to watch in 2015

Optimo Music prides itself on releasing the unusual and the eclectic, but there’s nothing on the label like Musikal Yooth. The recorded results of a free music production workshop held at Glasgow’s Green Door Studios, it featured tracks from young people in the city of all ages making charmingly naive covers of songs by artists like The Monks, The Cramps and The Stooges. While the gloriously ramshackle version of garage rock classic ‘Louie Louie’ was one of the highlights of the kind of album we doubt any other label would have had the courage to release, it was a pair of 10-year-old Ghanaian twins that stole the show with their slowed-down tropical cover of ESG’s post-punk classic ‘Moody’. That was five years ago – we can only hope they’re currently preparing themselves for a full debut to rival that of Glasgow six-piece Golden Teacher.

Read this next: Artists to watch in 2015