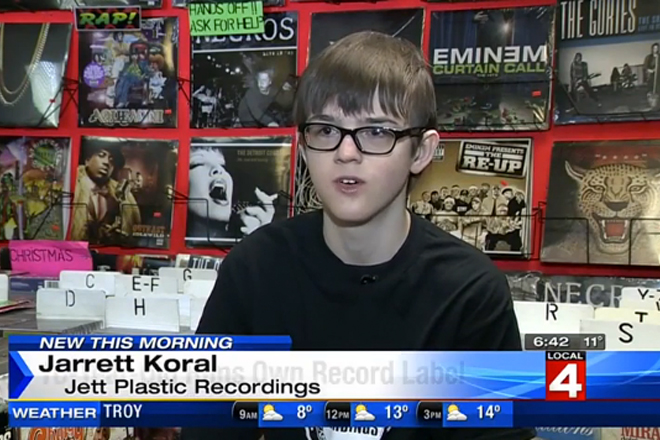 Releases from the label include a record from Macaulay Culkin’s band, The Pizza Underground.

Detroit teenager Jarett Koral founded his Jett Plastic Recordings imprint back in 2012 at the age of just 14. After inaugurating the imprint with a 7″ from local Detroit band After Dark Amusement Park, the youngster’s record label has gone on to release work from a further 12 acts, mostly from within the realms of rock and roll, blues, punk and hardcore.

“In mid-2012, I sort of got the idea. I started talking to Greg Beyer, a local musician who was putting out a full-length record at the time, and he was looking for another label to put out the 7″. I said, ‘Well, I could do it.’ And I did it without even telling anybody,” Koral said.

“I sold records from my own collection to gain some money for pressing, since pressing is around $2,000,” he continued. “I’m not really making a ton of money with it, but it’s cool and I have something to show for it.”

You can watch an interview with Koral below. [via ClickOnDetroit]