ICA exhibition on ’80s pirate radio to tour the UK 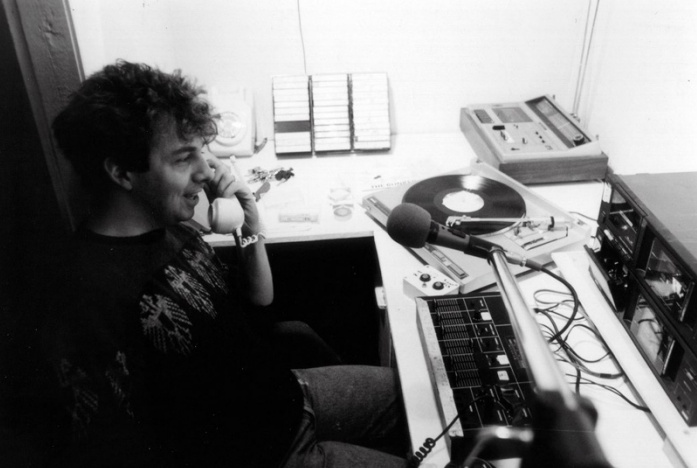 An ICA exhibition exploring the UK’s tower block pirate radio movement is on its way around the UK this year.

Shout Out! UK Pirate Radio in the 1980s examines the history and cultural significance of pirates, showing how illegal stations empowered musical communities ignored or censored by the BBC and paved the way for clubbing scenes like jungle, garage and house.

“Pirate radio is often associated with the off-shore broadcasting of the 1960s, but in the early 1980s it enjoyed a renaissance,” say the ICA, the London institution behind the exhibition. “This time stations were broadcasting music from the roofs of tower blocks rather than at sea, and in a further shift the movement distinctively celebrated black culture. Radio Invicta, London Weekend Radio (LWR), JFM (Jackie FM), Horizon, Dread Broadcasting Corporation (DBC) and Kiss FM became the first UK pirate radio stations dedicated to soul, funk, jazz, reggae and hip hop.”

With the arrival of the Telecommunications Act 1984, many of these stations were forced to close, birthing a new generation of stations which developed alternative strategies to outwit the Radio Investigation Service, and by the end of the decade there were more than 600 pirate stations nationwide.

The exhibition is currently on The Potteries Museum and Art Gallery in Stoke-on-Trent until May 9, and after that it travels to London’s ICA between May 26 and July 19 and Leicester Phoenix between July 23 and August 24.