The Croatia festival expands its bill for 2016.

Larry Heard, Kamasi Washington and The Bug have all been added to the bill for this year’s Dimensions Festival.

The appearance of Larry Heard at Dimensions is a world festival exclusive, and the first time the Chicago veteran has performed since retiring from the live circuit in 2012 due to hearing damage.

Heard’s appearance follows the release of the first Mr Fingers material from the producer in over a decade, and sees the artist performing his first live set in 20 years.

Kamasi Washington has been added to the festival’s opening concert, where he will perform alongside previously announced headliners Massive Attack. 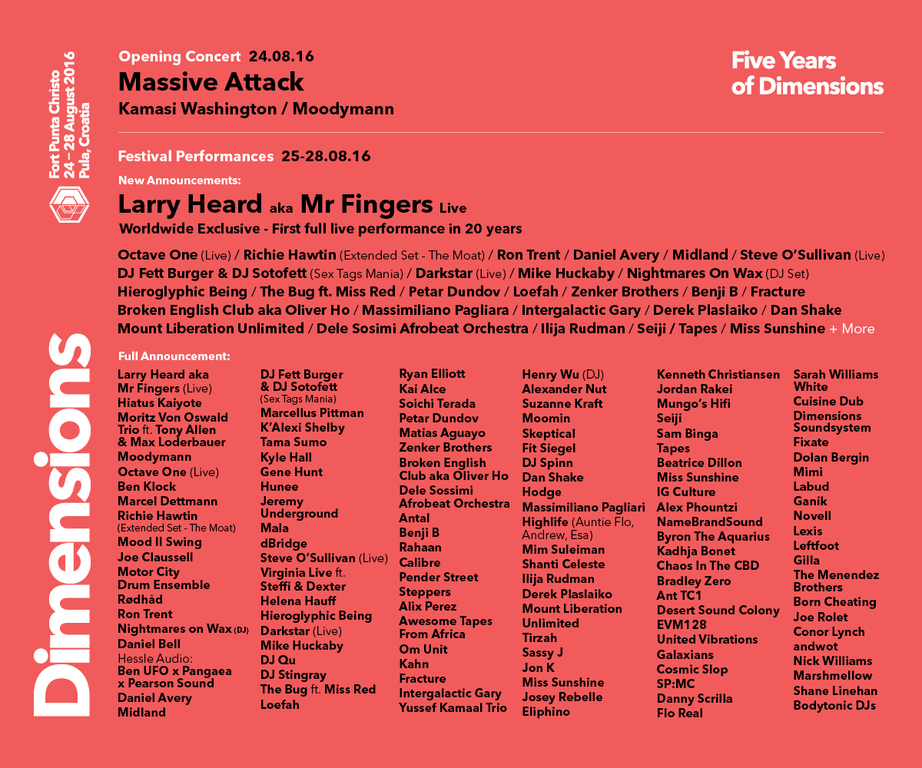