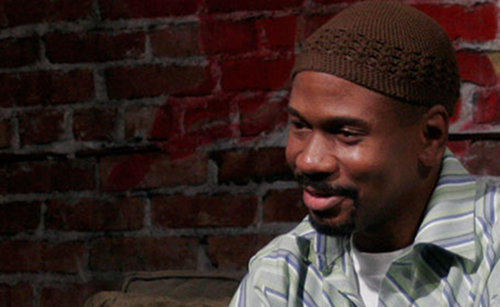 Chicago house supremo Larry Heard has revealed he will no longer be DJing live in order to protect his hearing.

Heard – one of the first names in house music in every sense of the word – has been producing seminal Chicago-style tracks since the mid-1980s. ‘Bring Down The Walls’, ‘Can You Feel It’ and ‘Closer’ are among his best known works. Having been a member of Fingers Inc alongside Robert Owens and Ron Wilson, Heard has also turned out discs as Mr Fingers and Gherkin Jerk, among other aliases. He continues to record with regularity, but his DJ days are now ostensibly behind him.

In an interview with Resident Advisor, the Chicago house supremo revealed that he is likely retiring from the live arena for good due to chronic ear issues. Heard reveals that his hearing damage began in earnest about three or four years ago, claiming that he began to lose the higher frequencies of his hearing range.

This was, says Heard, “a problem because I like to use the hi-hats to synchronize what I’m doing between the records. So a lot of times when I’m in a club playing, I’m thinking something’s wrong with the monitor speaker, and it was actually my ear trying to defend itself against sound pressure.

“So there’s that, in addition to some more physical effects due to the amount of traveling I have been doing—it’s been like 27 years of consistent traveling, you know, internationally, not sleeping and things like that. It’s taken its toll, it all starts to kinda mount up, and it’s become a downright hell of a risk now. So we’ve just got to make the right decision if it’s in my best interest, health-wise”. Heard was playing the UK as recently as last year, so those who caught his formidable skills live should consider themselves amongst the privileged few.