FACT Rated is our new series digging into the sounds and stories of the most vital breaking artists. Next up is one of FACT’s R&B artists to watch in 2017 – Queens star-in-the-making Liana Bank$. Claire Lobenfeld hears about her journey so far, her eagerly anticipated next release and why being told no only fuels her creative fire.

Queens-born R&B singer/songwriter Liana Bank$ has been a musical self-starter since she was just a little girl. Long before she was writing songs for the likes of Lily Allen and PnB Rock (whose Bank$-penned ‘Selfish’ generated over 13 million views on YouTube in under four months), Bank$ was an eight-year-old lyricist trying to corral her little sisters into becoming New York’s answer to Destiny’s Child.

“I tried to make us into a girl group because we’re so close in age,” she says. “I kept trying to tell them what to do and they were not having it.” It didn’t stop her from doing it on her own, though, and being told “no” was fuel for her creative energy anyway. “If my mom told me not to do something, I’d write a song about it, like [sings] ‘You can’t tell me what to dooo’.” She’s still saying it now, like on her debut project Insubordinate, which was released last November.

On opening track ‘Worth It’ she recounts some of her mom’s words to her as an adult: “Do what you’re told, Liana / Don’t break the mold, Liana… You got some dreams, Liana / But what does that mean, Liana? / Mine ain’t come true, Liana / So yours will not, too, Liana”. But as the title of the song portends, all of Bank$’s sacrifices – dropping out of college and leaving her burger joint job at 18 for round-the-clock songwriting – were all, well, worth it. It’s a message to her mother, but that take-no-shit attitude is beaming all over the tape. 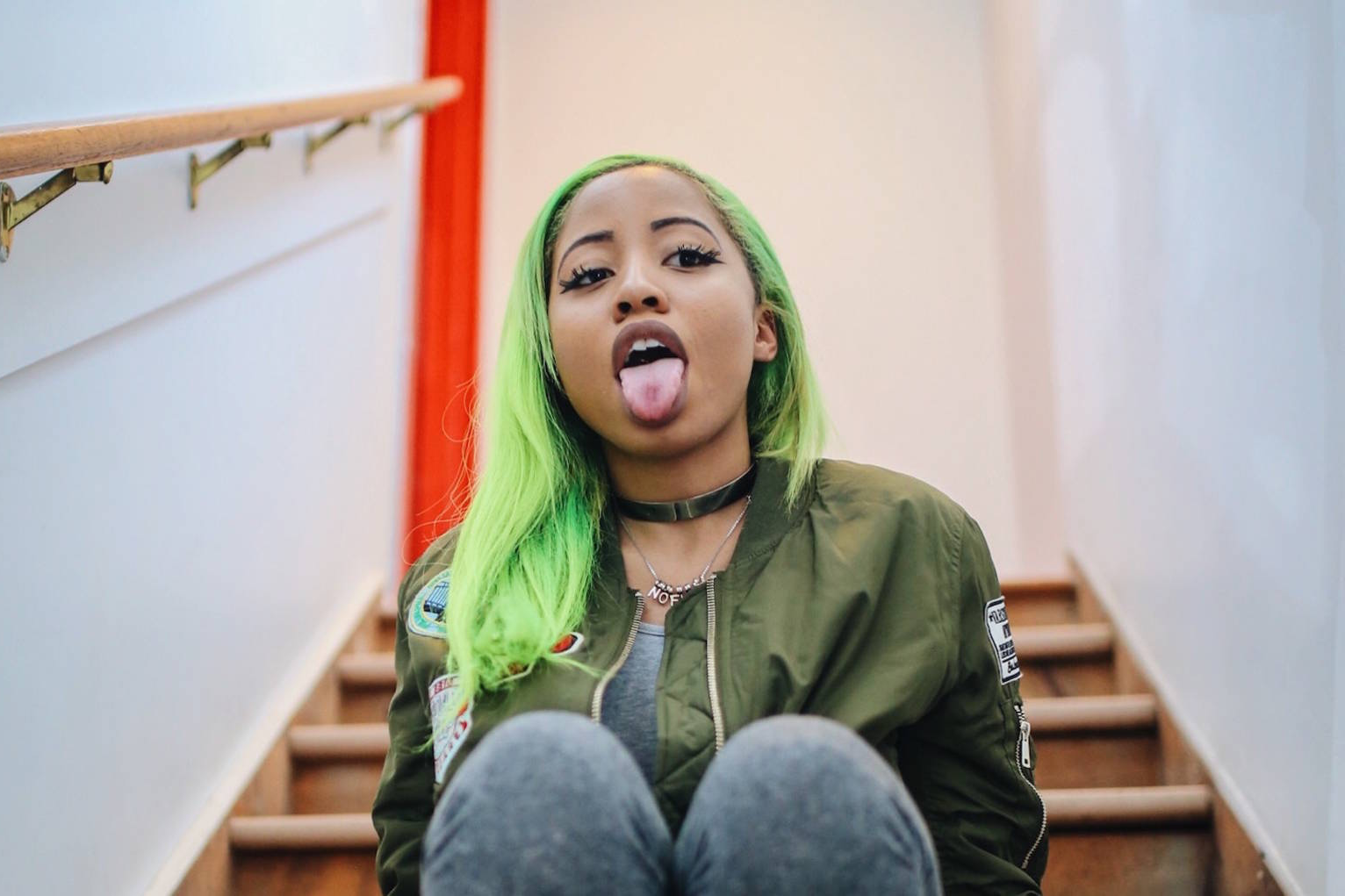 “If my mom told me not to do something, I’d write a song about it”

It is also full of the R&B radio polish with the same rough-around-the-edges themes of love and partying frequently relegated to male artists Jeremih or Ty Dolla $ign, but with a distinctly feminine feel – a close companion to Kehlani, but with less of the ’90s nostalgia of SweetSexySavage. Part of the reason Bank$ brings so much effortless strength to her songs is because she’s been doing this for so long – and her natural ability has gotten her attention in all the right places.

In 2007, she landed a gig performing a rendition of Michael Jackson’s epic ‘Thriller’ video at Chris Brown’s birthday party for an episode of MTV’s My Super Sweet 16. She was only 15. “That kind of was the moment for me that showed me that I didn’t necessarily need to be trained or go to an expensive school to succeed in this industry,” she says. “My passion was enough.”

That mentality is also what turned her tunnel vision for making music into career foresight. Self-made videos of cover songs and her own compositions she shared on Facebook got attention from producers like Jerry Wonda (The Fugees’ The Score), Scott Storch (‘Still D.R.E.’, ‘Lean Back’) and J.R. Rotem (Nicki Minaj, Empire) and opportunities to write toplines for artists like Justine Skye. Her accolades even extend to the Lee Daniels machine, as one of her songs was featured on his new Fox drama Star, which stars Queen Latifah and Lenny Kravitz.

Now Bank$’s focus is on building her own catalog. This summer she’ll release an EP called APT. 210, named for the West New York, NJ apartment where she lives and works with production duo YOBO, who recently worked on a track for an actual former Destiny’s Child, Letoya Luckett. The three – Bank$ and the guys, C. Lee and Broadway – “like to make songs on pots and pans and record them.” Bank$ says. “That’s the magic of this EP.”

You can hear that communal vibe on APT. 210 lead single ‘Ghost’, a track that is also the perfect foil for Bank$’s dream collaborators, The Internet. “I love their family vibe. I have that with my friends and the people I work with,” she says of the LA R&B group. “I think me and Syd on a track together would sound ridiculous.” They certainly have things to sing about, too. “Female artists usually have to make music that’s very, very, very, very left in order for them to get some kind of recognition,” she says. “For girls, people just automatically assume that you suck.”

Bank$ has often found out that some people she thought were fans have not even listened to her music. “People will send me messages saying, ‘I’ve been following you [on social media] for a long time, I just love your look, but I finally listened to listen to your music for the first time and it’s actually really good.’ And I’m just like ‘Oh. Thanks.'” But like every obstacle she’s faced navigating her life in music, she won’t let it deter her. “It’s just weird, they’ll follow you for the way you look and just assume that your shit is trash,” she says. “If you’re not showing all of your ass or you’re not making something that’s expected, then people don’t give you the time. It’s cool to be able to finally breakout and have people accept it.”