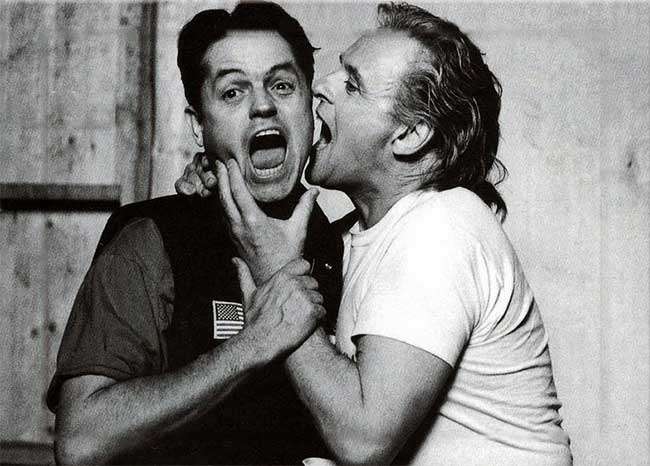 “His view of the world was open, warm, animated and energetic.”

David Byrne has written a letter eulogizing his late friend, the filmmaker Jonathan Demme, whose death at age 73 was announced yesterday (April 26).

Demme helmed the 1984 Talking Heads’ concert film, Stop Making Sense and also won an Oscar for directing Silence of the Lambs in 1991.

In his tribute, Byrne recalled first meeting Demme in the ‘80s when Talking Heads were on tour. He explained how Stop Making Sense initially came about. “I thought the show had turned out well and might hold up as a movie and a mutual friend introduced us,” wrote Byrne. “I loved his films Melvin and Howard and Citizens Band (AKA Handle With Care). From those movies alone, one could sense his love of ordinary people. That love surfaces and is manifest over and over throughout his career.”

The Talking Heads’ founder went on to praise Demme’s love of music. “He’d find ways to slip a reggae artist’s song or a Haitian recording into a narrative film in ways that were often joyous and unexpected,” he wrote, while describing Stop Making Sense as “character driven.”

“Jonathan’s skill was to see the show almost as a theatrical ensemble piece, in which the characters and their quirks would be introduced to the audience, and you’d get to know the band as people, each with their distinct personalities,” said Byrne.

Byrne continued: “He and producer Gary Goetzman made us in the band feel included; they wanted to hear what we had to say. That inclusion was hugely inspirational for me.” Read the full letter on Byrne’s website.